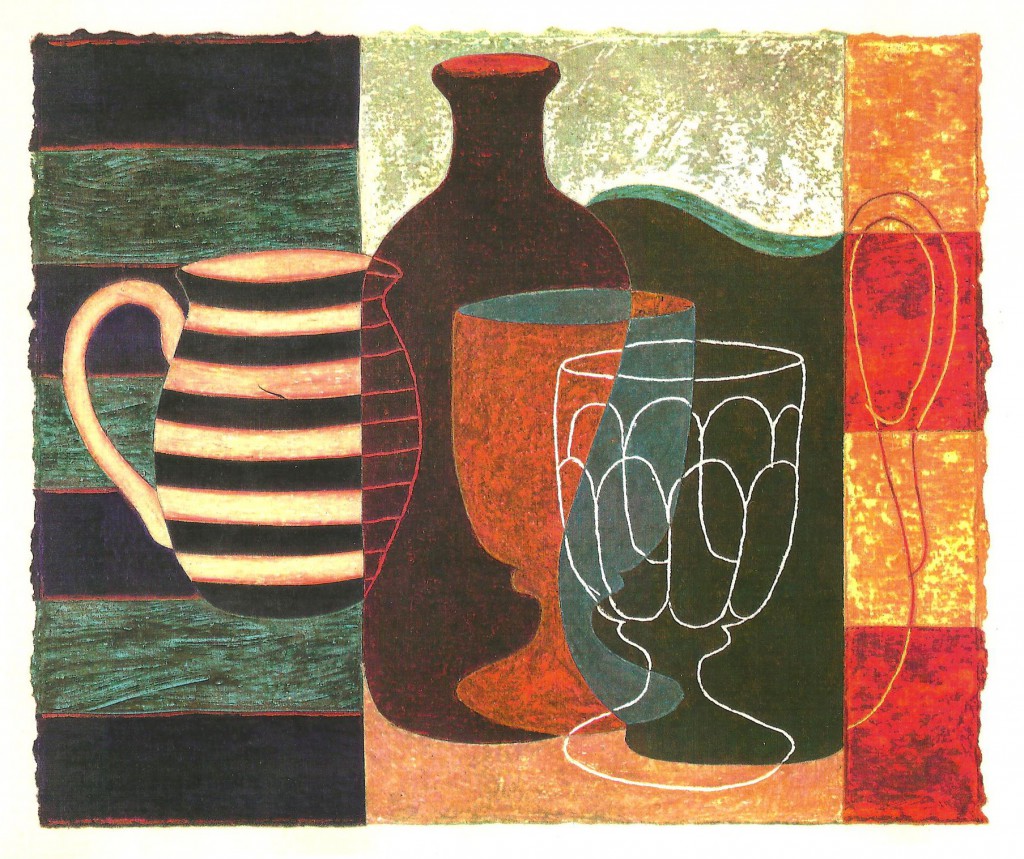 Soon after I first arrived at The Rowley Gallery, maybe in 1988, I took advantage of the opportunity to use the shop window. I started making small drawings specifically to sell to benevolent passers-by. I began with a sheet of paper which I carefully tore and cut into pieces, each piece was worked on separately, lines inscribed/impressed into the paper, rubbed with layer upon layer of wax crayon, shaved with a Stanley knife blade then reassembled as a single sheet again. 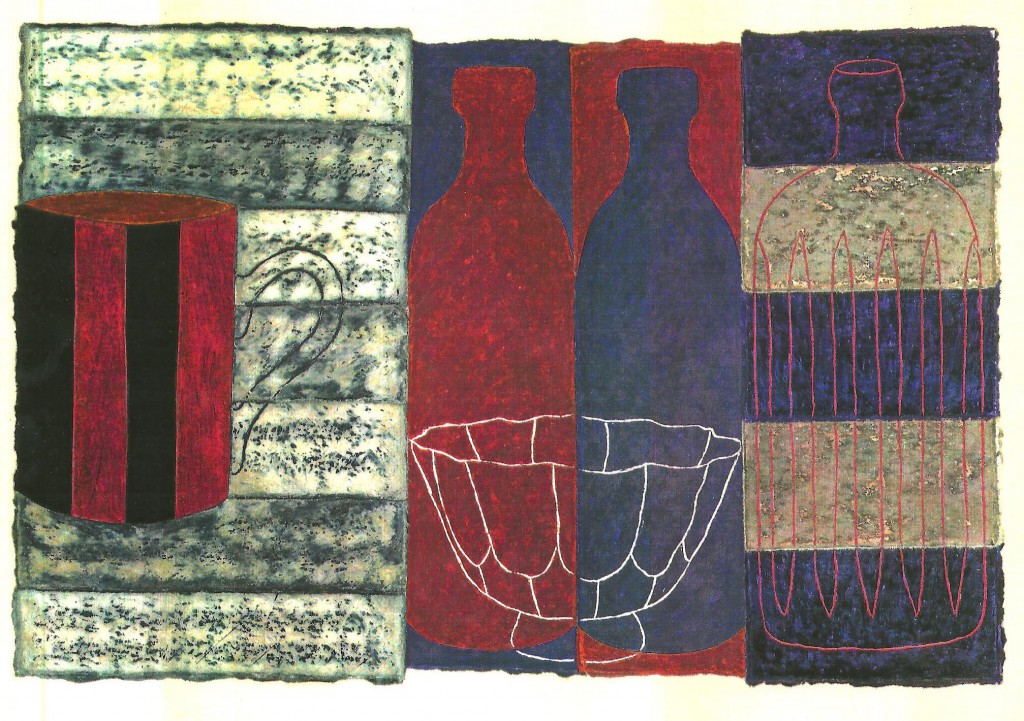 The first ones played with ideas of patchwork, landscape, abstraction, still life, always evolving, always showing the influence of favourite artists. I fed on Aboriginal and Cycladic art, Islamic pattern and medieval graffiti, Francis Davison, Matisse, Gris, Schwitters, Klee. Then there was this short phase influenced by my love of Sean Scully’s paintings, with a little help from Ben Nicholson. 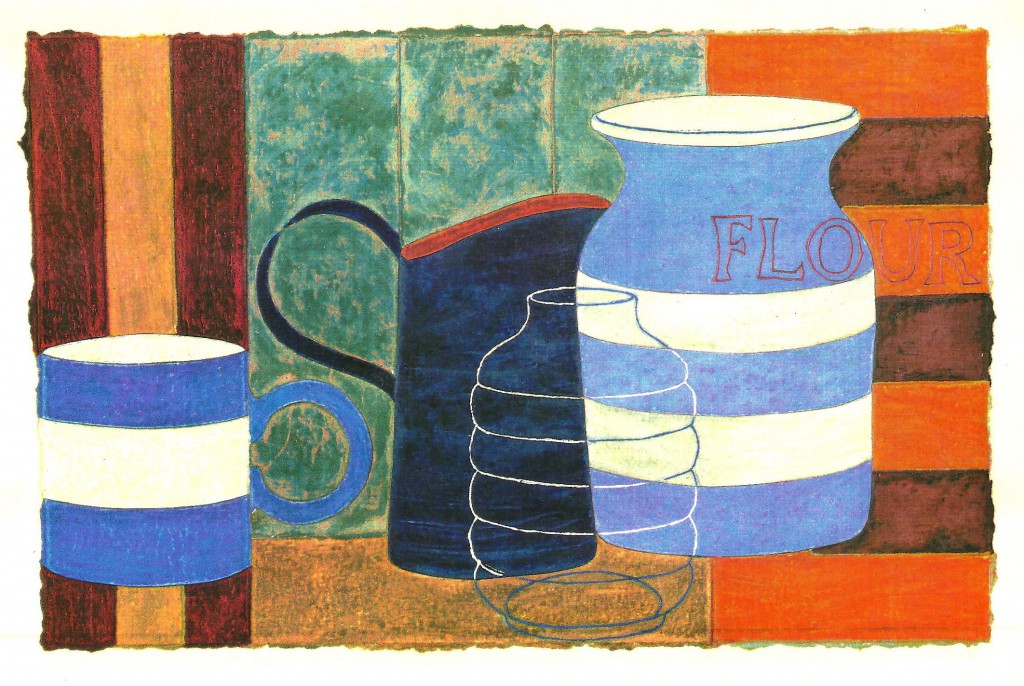 Sean Scully had stayed with us a couple of times a few years earlier when visiting London from New York. He slept in the spare room where he practised his kung fu moves before breakfast. I was taken aback by his passion when he talked about a simple striped mug, as if it were a component in a Nicholson painting, as if his gaze never relaxed. We were both keen on Samuel Beckett, I’d made a series of paintings called Echo’s Bones and his paintings had titles such as In The Old Style and How It Is. He gave me his signed exhibition catalogue and I gave him my copy of Beckett’s Come & Go. 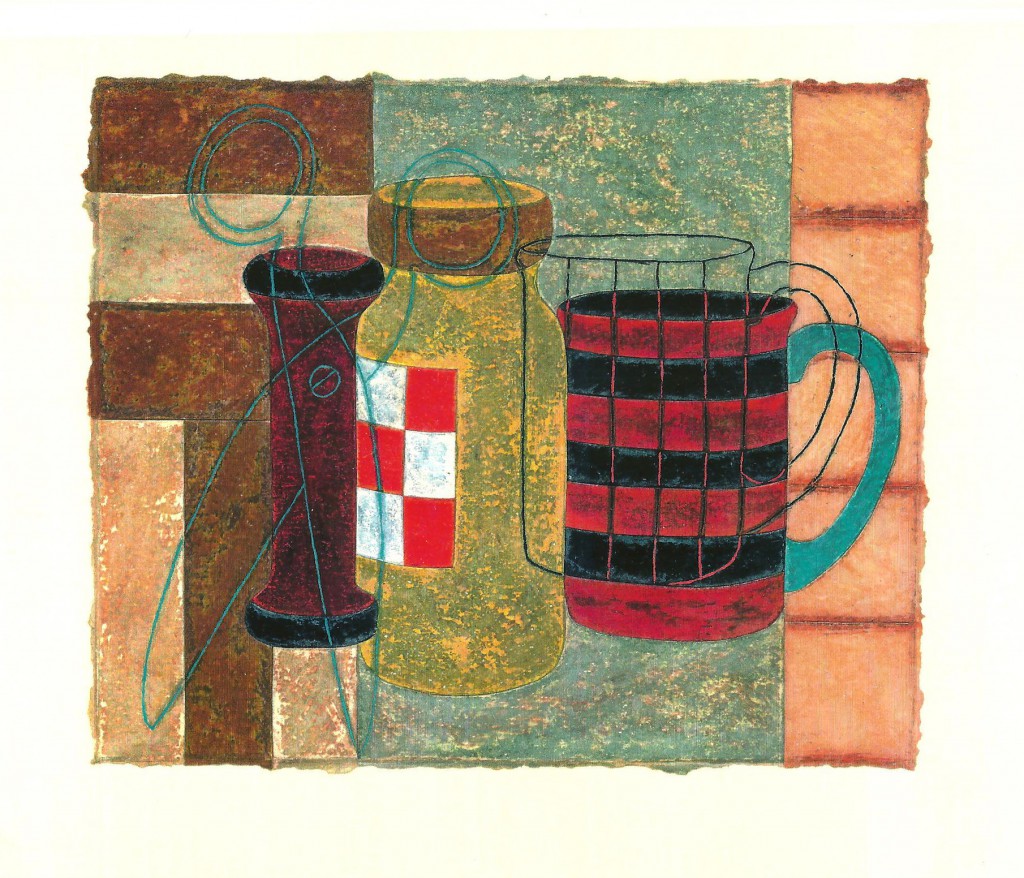 These coloured drawings were all small, no bigger than A4, approximately 30 x 21 cms and I was fortunate to be able to frame them. They served their purpose, they all sold and supplemented my meagre wages and they’re all now long gone. 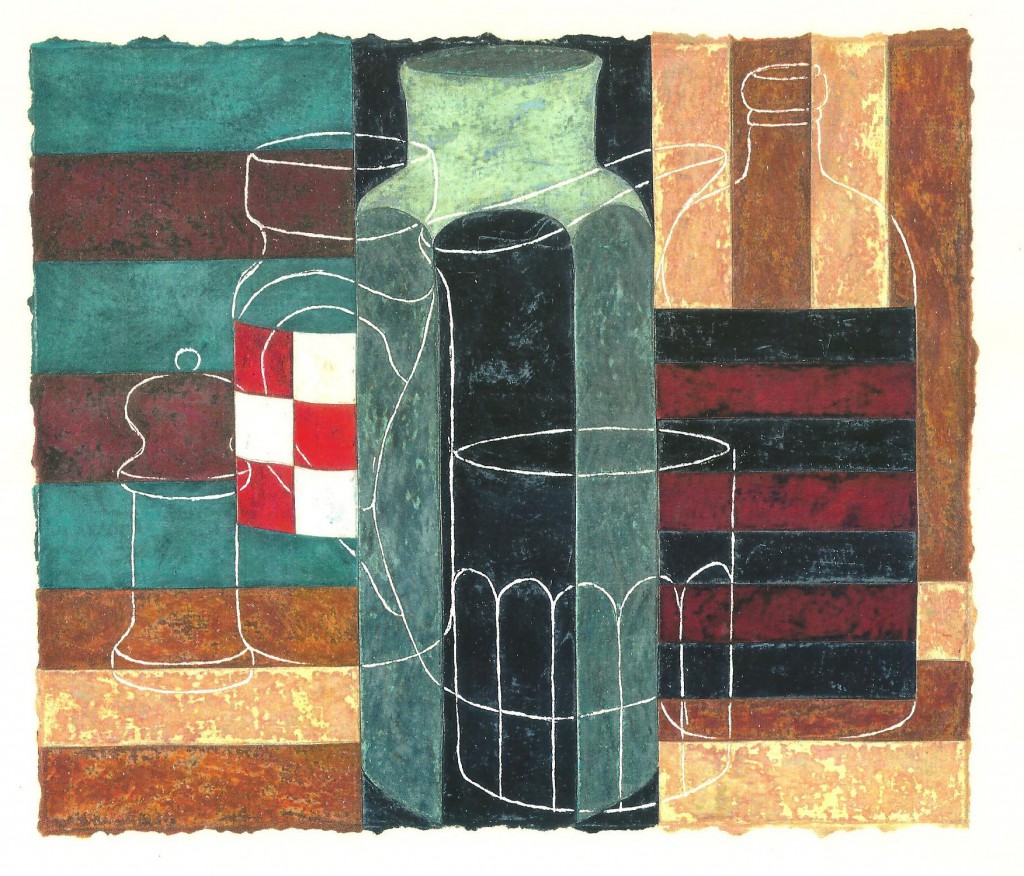 They were all titled Scullery in homage to Sean (dishwashing in the scullery and a bit of skullduggery) all but this last one which exceptionally was called Shelf Life. I hope it’s not past its ‘best before’ date. 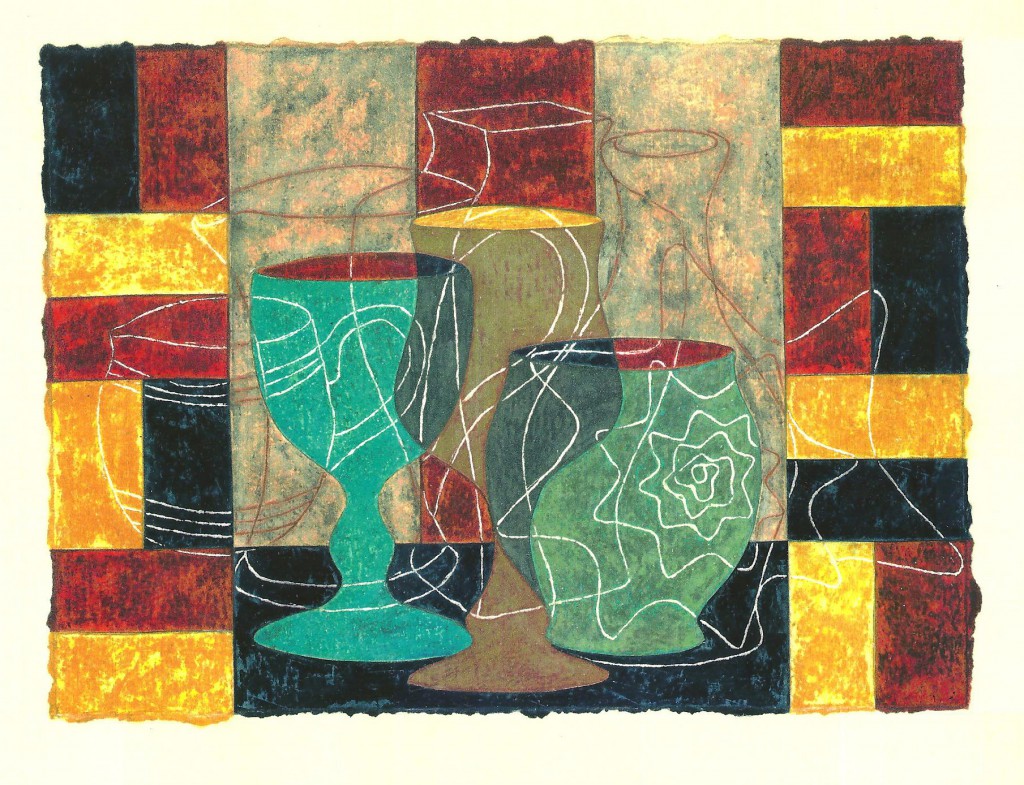 One thought on “Scullery”