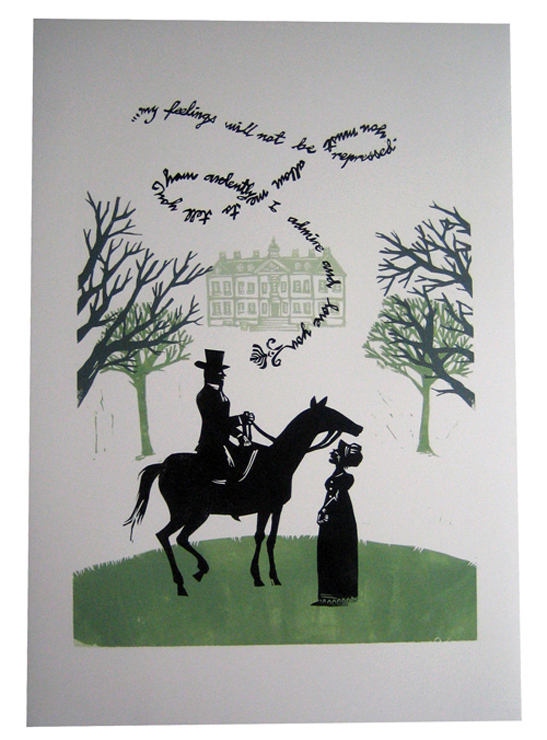 200 years ago Jane Austen wrote a masterpiece. About four years ago I read it. Since then I have become a devoted Austen fan. Her books have inspired my most successful series of prints. For a poor foreigner like me, reading the novels is like munching a delicious cake made with words. I couldn’t help it but to carve on lino the images she put in my imagination with her amazing dexterity in the use of the English language. 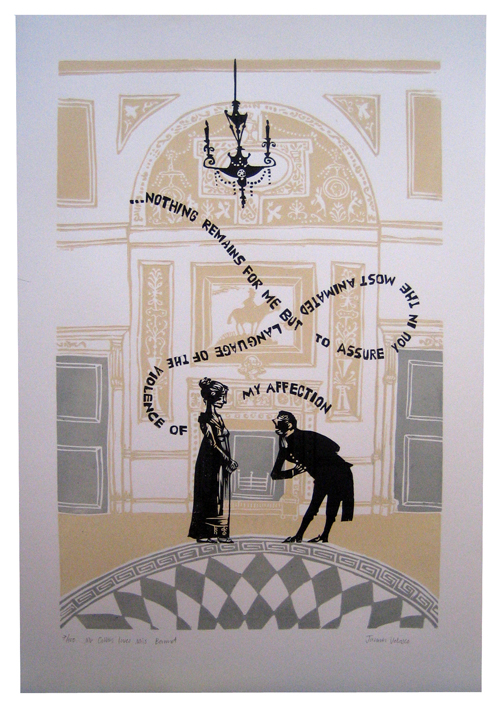 I have collected the six novels in old editions, with the smell of bygone times, with the marks of other eyes who read them before. They are on my night table, the six of them on top of each other and rotate as I finish re-reading them, hoping that one day I won’t have to ask the dictionary of my husband the meaning of those long complicated words, and thus one day I get to speak like them, even if it is like silly Mr Collins. 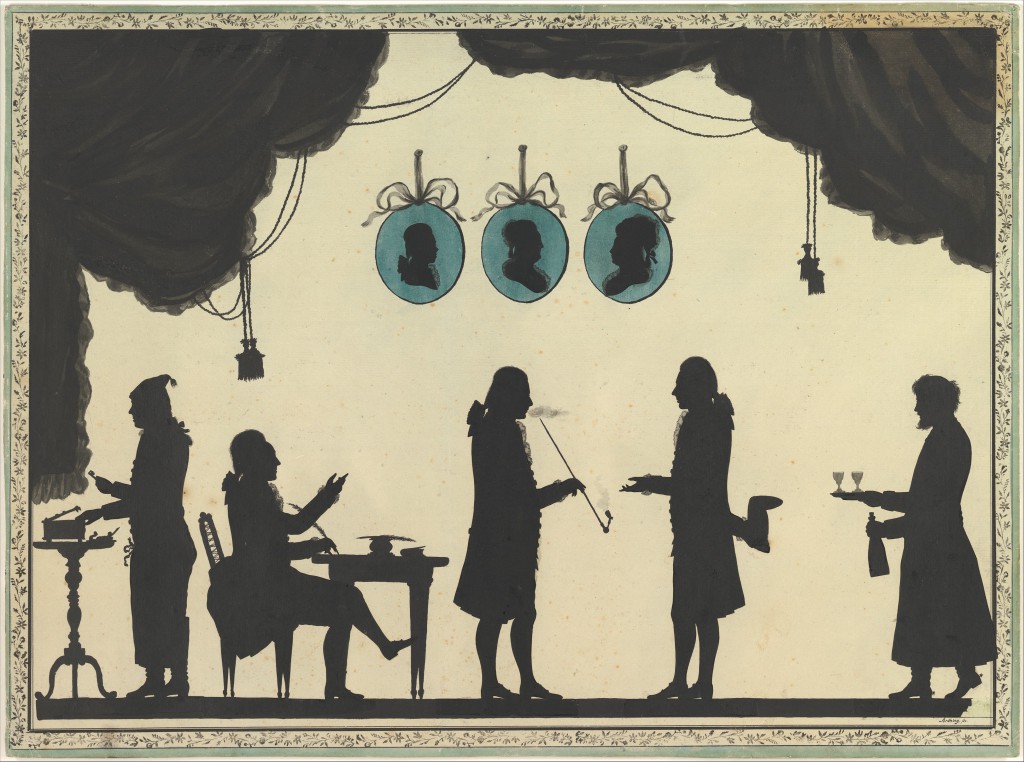 For the pictures, I looked at the kind of prints that were fashionable at the time. At the beginning I was inclined to produce some etchings, but then I saw that in Georgian and Regency times there was a new cheap art form called silhouettes. It was a lot more affordable for people to have family portraits. And thus I made them in lino, resembling the look of those silhouette cut outs. 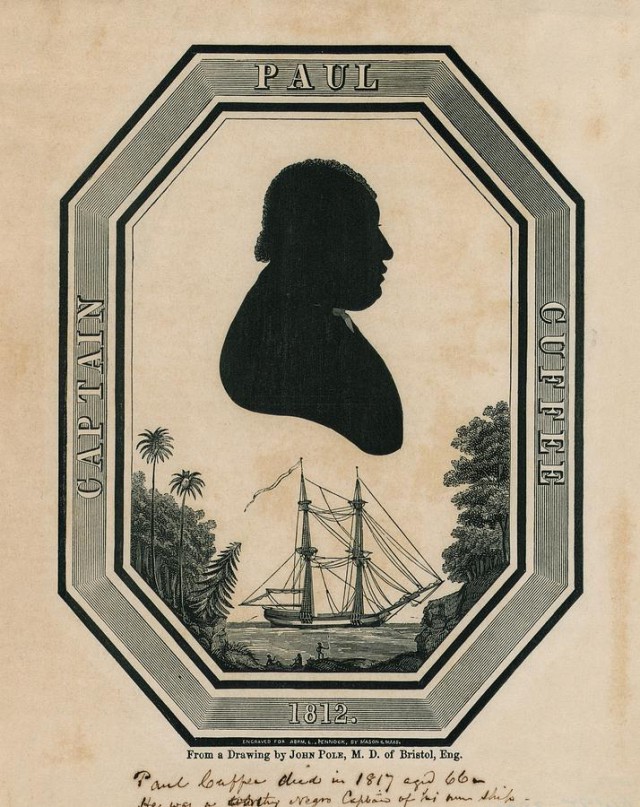 Please look at the website Pride & Prejudice 200 which coordinates all the details of all the events which are being held in 2013 to celebrate Pride and Prejudice’s bi-centenary, wherever they are being held in the world. And you might also like to look at On a trip with Mr Darcy and Mr Collins. 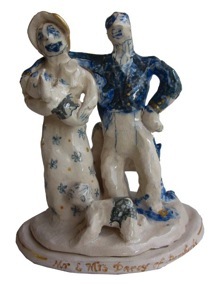