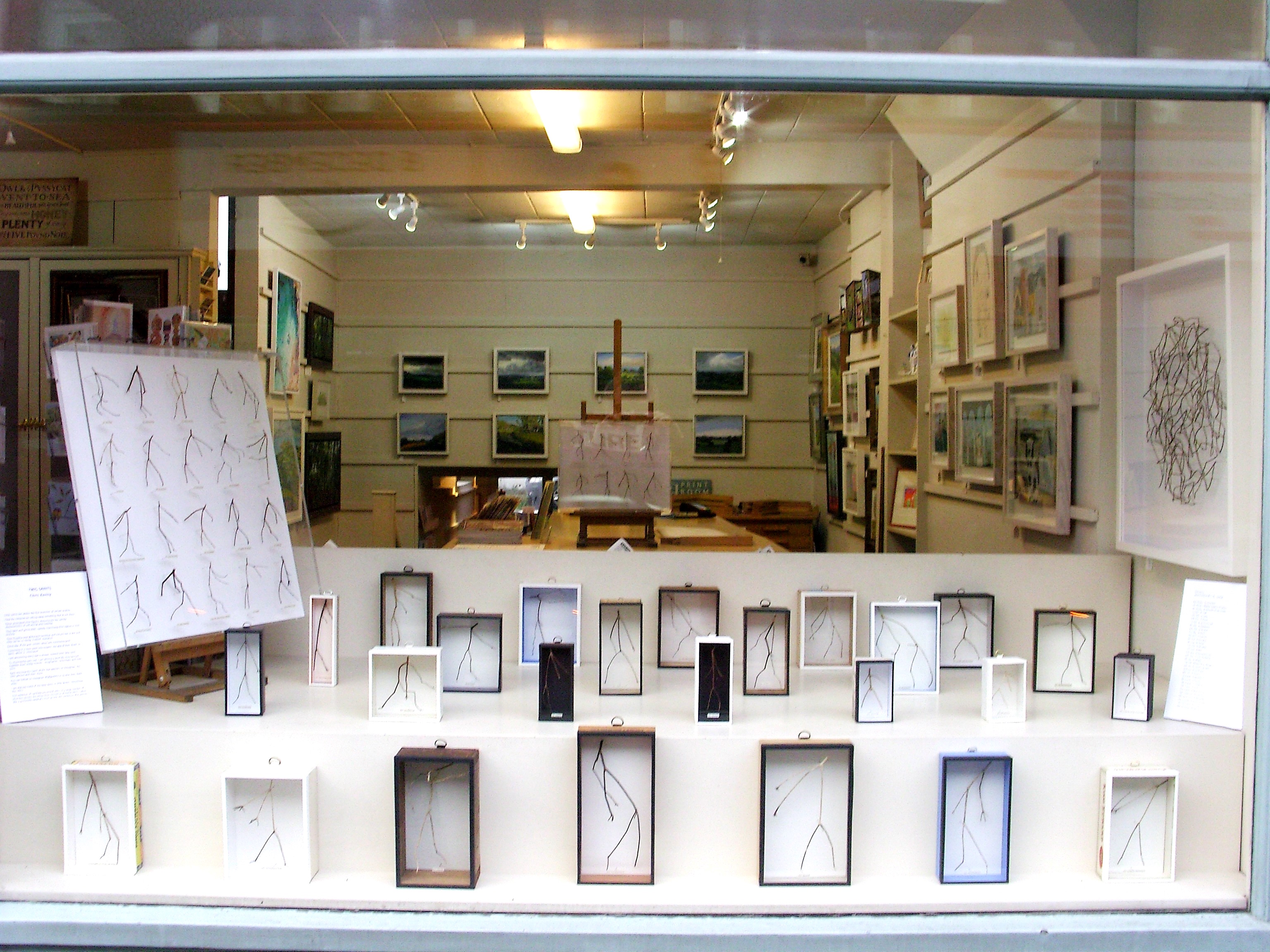 The window of the Rowley Gallery has been blessed by the sudden arrival of a forest of twig saints. They appear to be involved in a game of invisible football, or perhaps they’re dancing in a silent disco, or maybe more likely they’re just writhing to the rhythm of life. 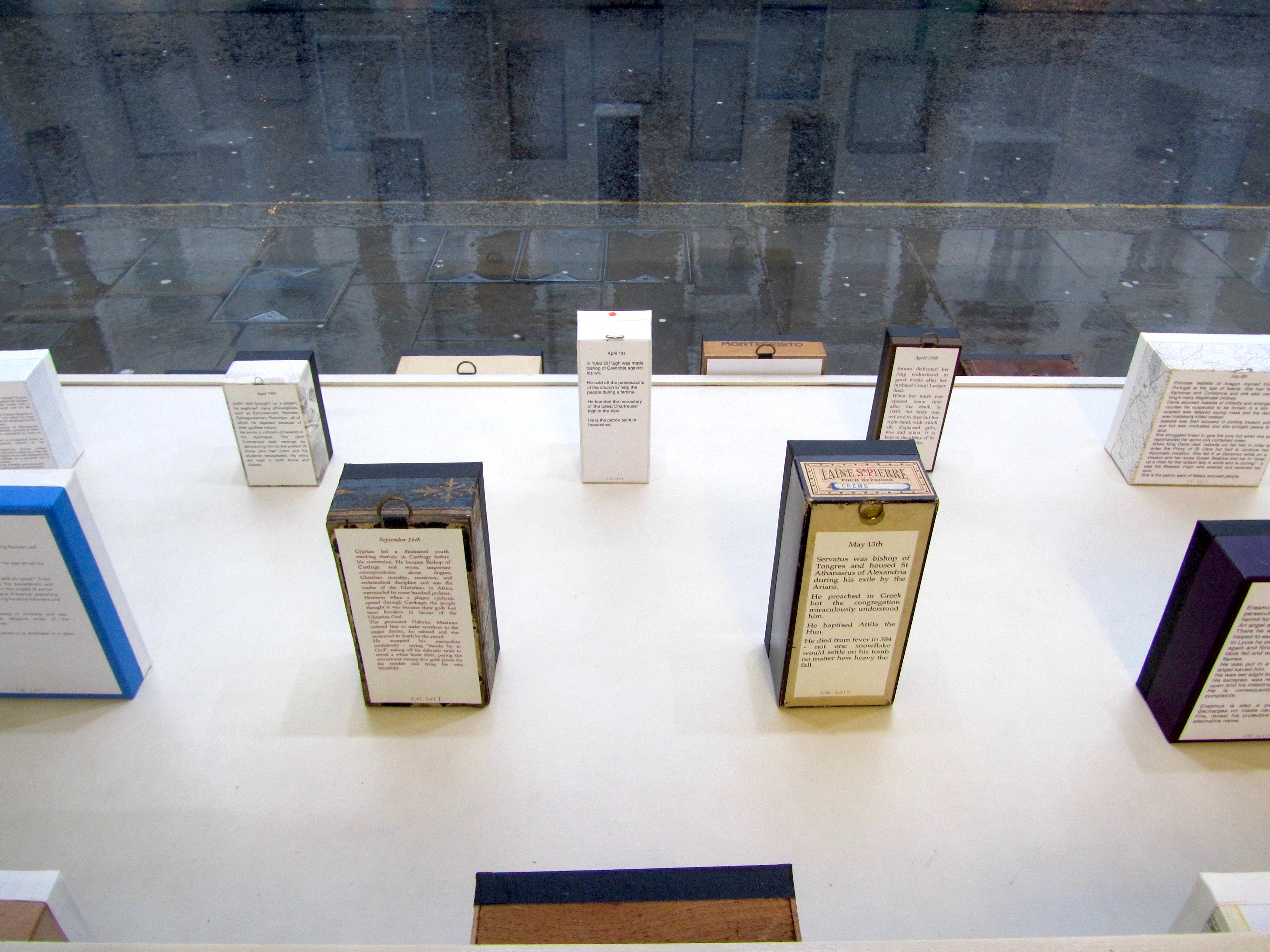 A diminutive forest of twig saints is filling the window of the Rowley Gallery in Kensington Church Street. Thirty-two Saints in their relic boxes with their stories on the back. 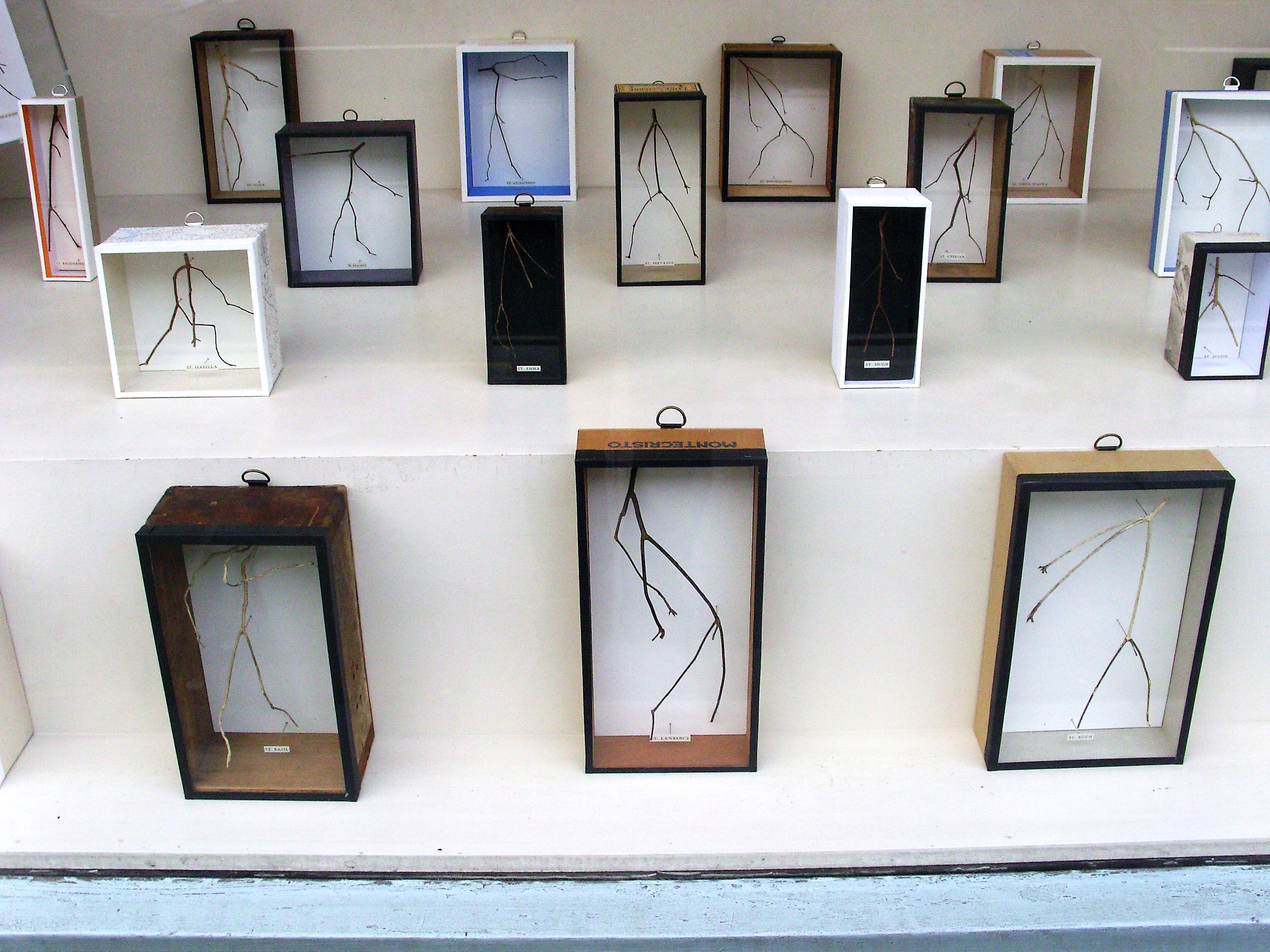 Little saints live within the fine branches of certain bushes. They are released by cutting away everything that is not them. These emaciated little figures demonstrate the saintly characteristics of self-denial and humility. They twist and gesticulate, openly expressing their agony or their ecstasy. 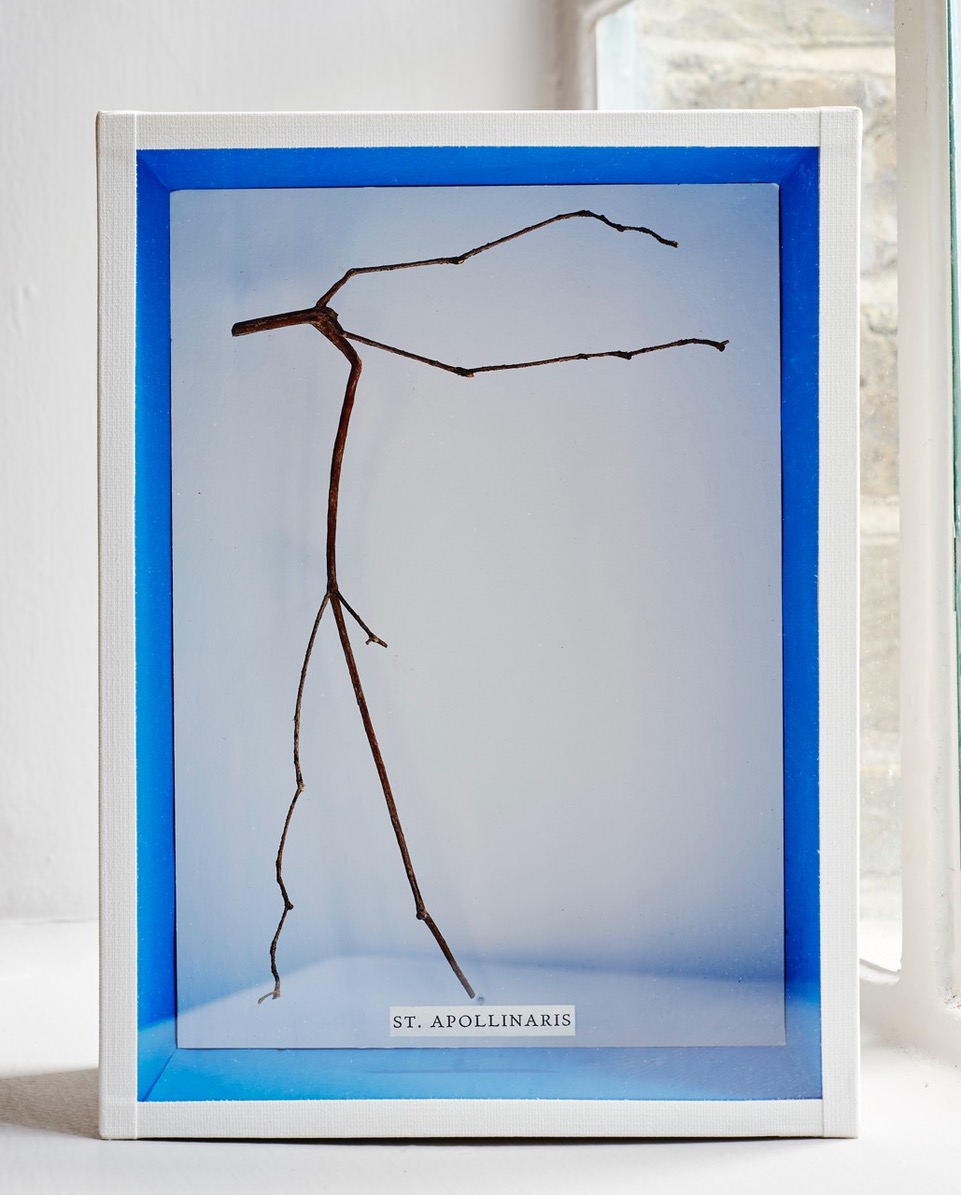 Their fragility may withstand hardship and torture but in the end they can be so easily crushed, martyred. Every day of the year certain saints are commemorated. Commonly it is their birth into heaven, the day of their death on earth, which is celebrated. 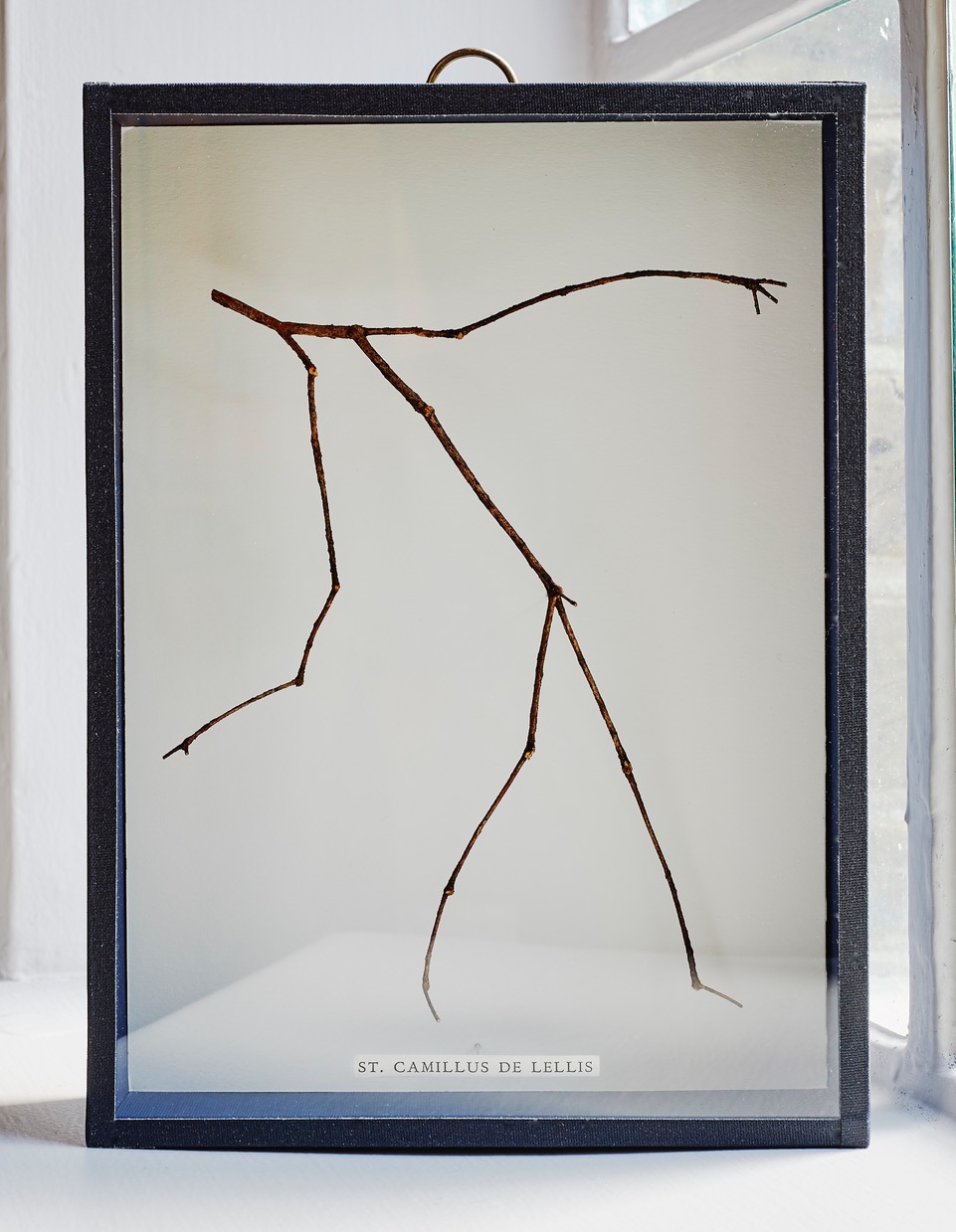 I am presenting every day a unique, named little twig saint. To accompany each one, I am writing a brief life-story pieced together from many sources – biographers, historians and holy texts. 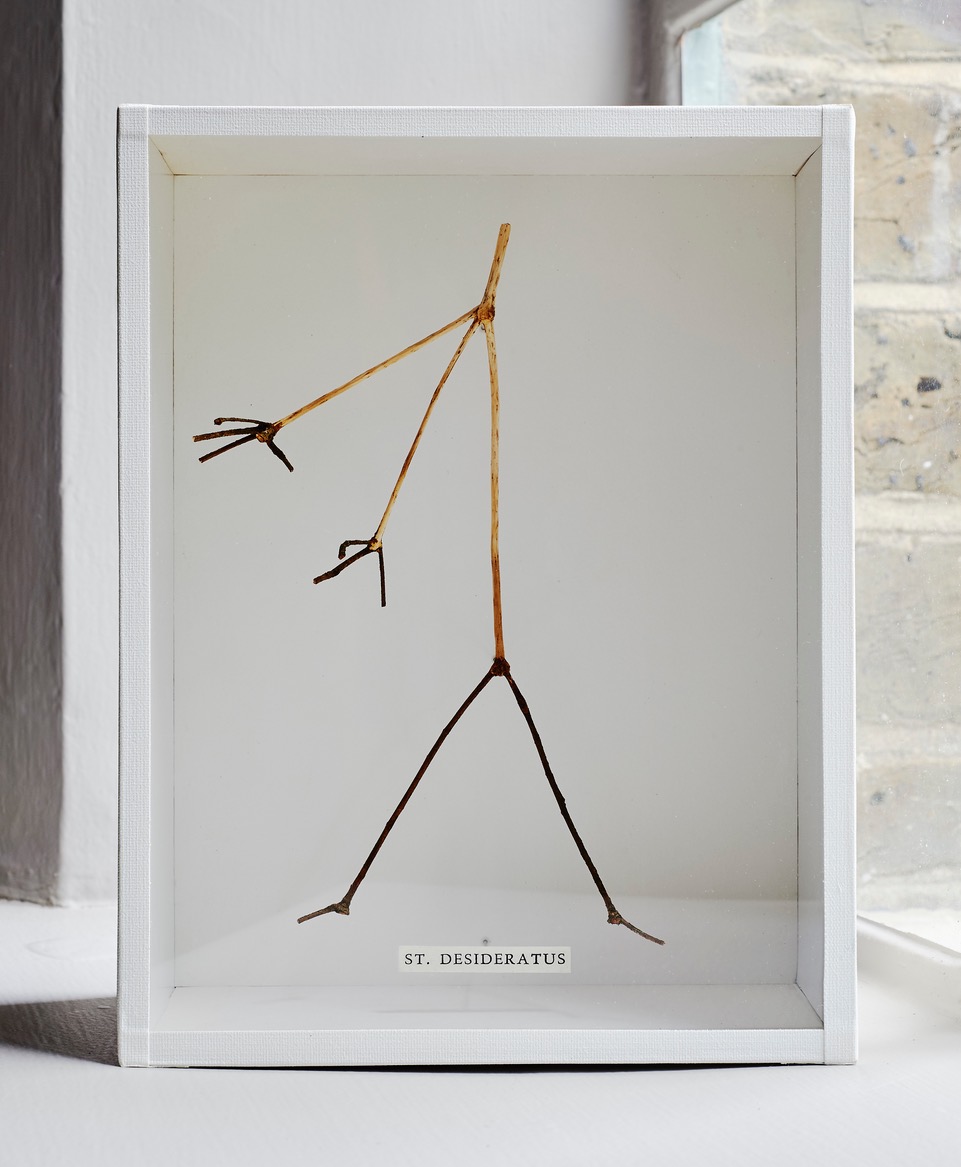 Each morning this Saint of the Day appears on Instagram, the little person and their story. You can follow on Instagram @twigsaints to receive their daily visits. 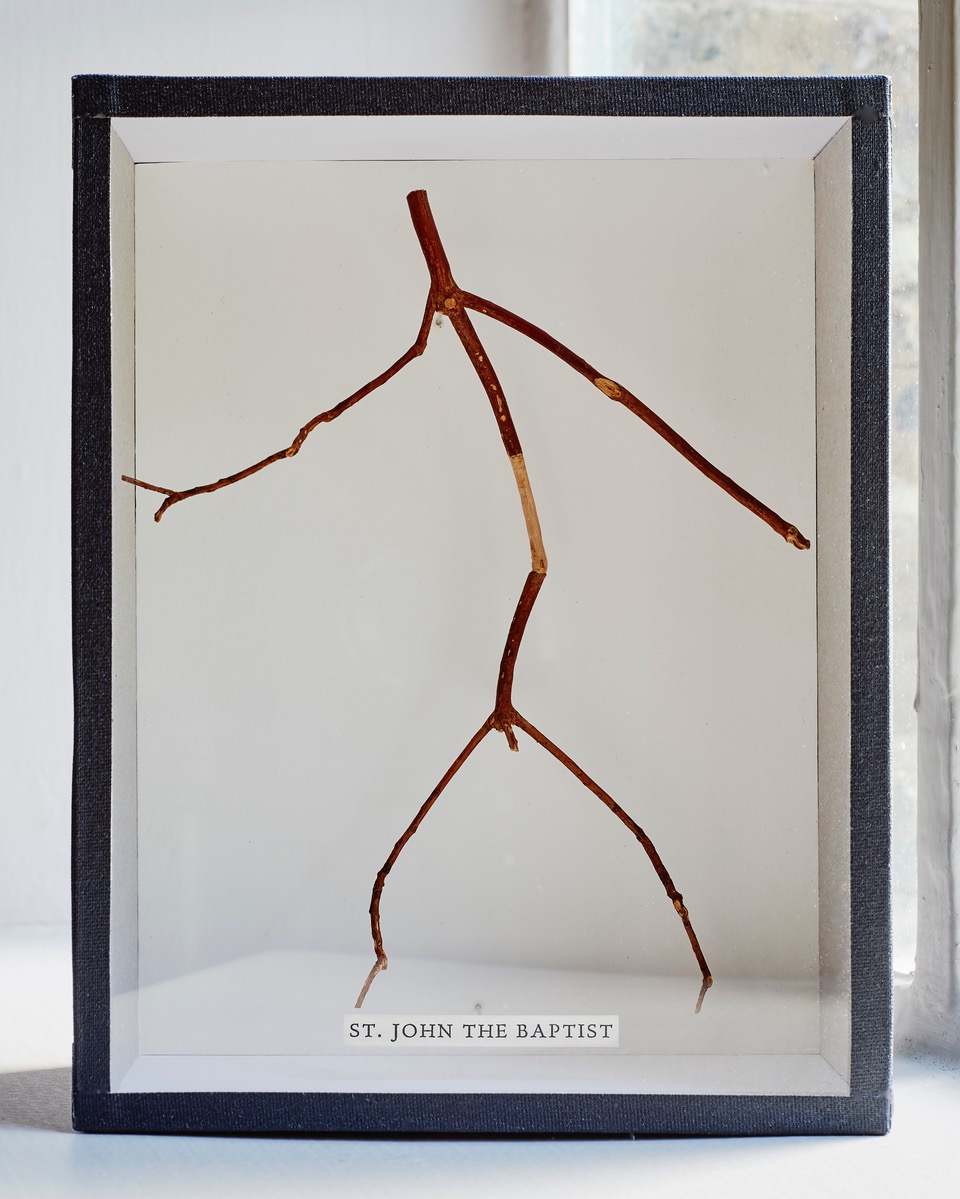 I am placing many of my twig saints in little boxes, something like relics. The evidence of carefully preserved relics in a large number of churches proves the miraculous existence of many saints, rather like a preserved narwhal’s horn proves the existence of a unicorn. 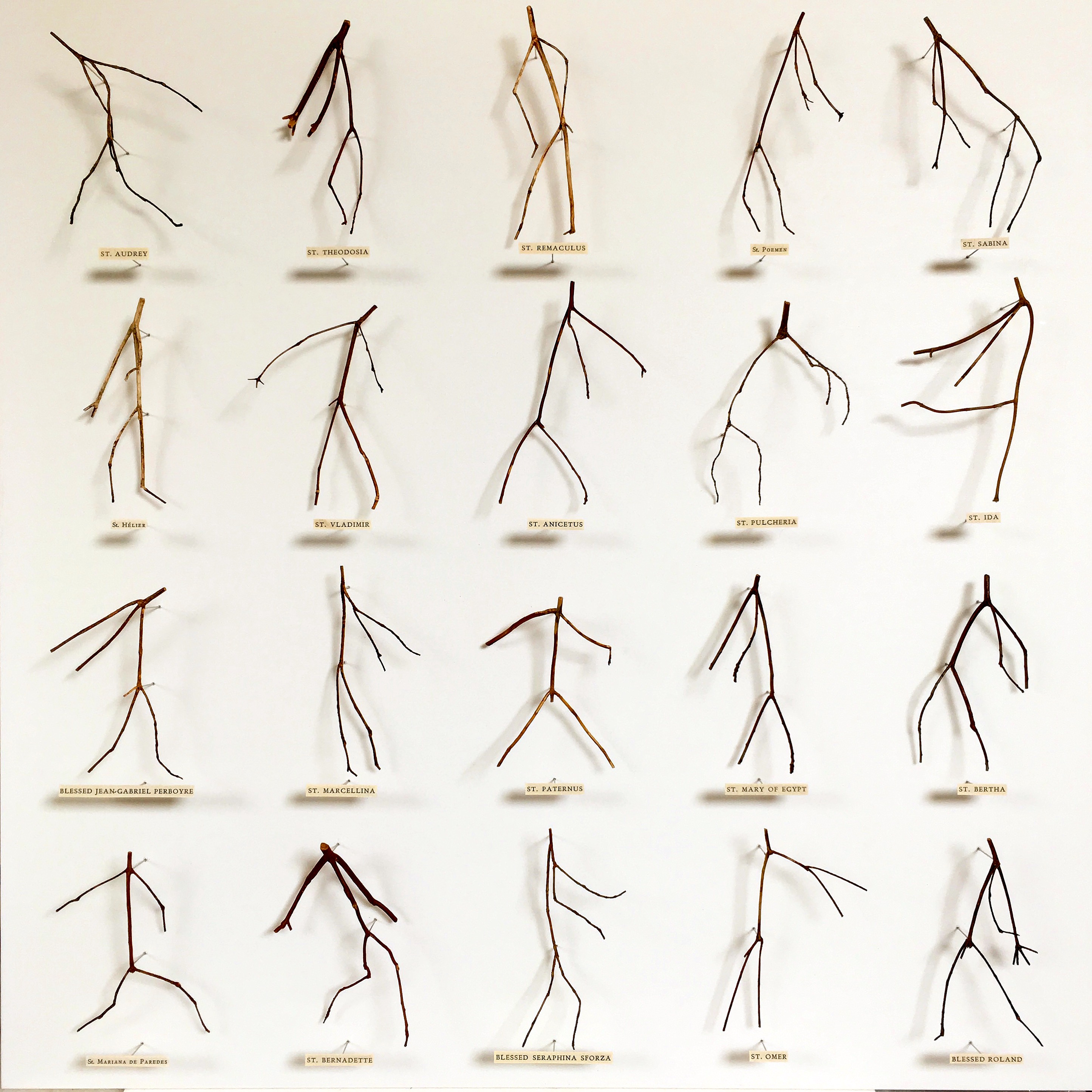 2 thoughts on “I Want To Be In That Number”