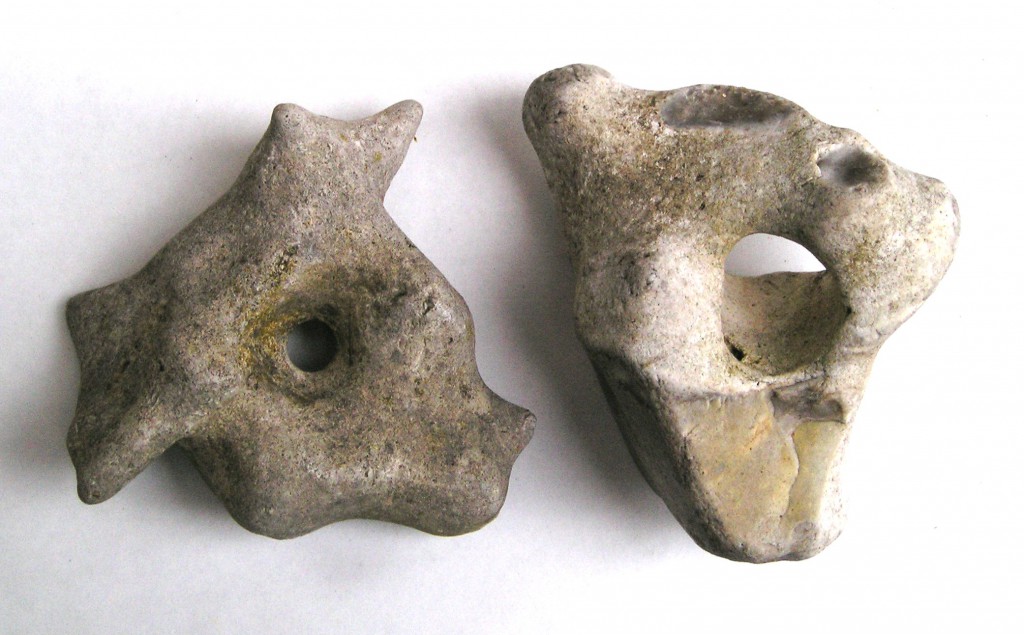 I visited Andrew Walton a couple of months ago when I was in Oxford to see his exhibition and at his house I discovered a hoard of treasured relics. Hollow stones suggesting Henry Moore maquettes, recollections prompted by Liam Hanley a few days earlier. 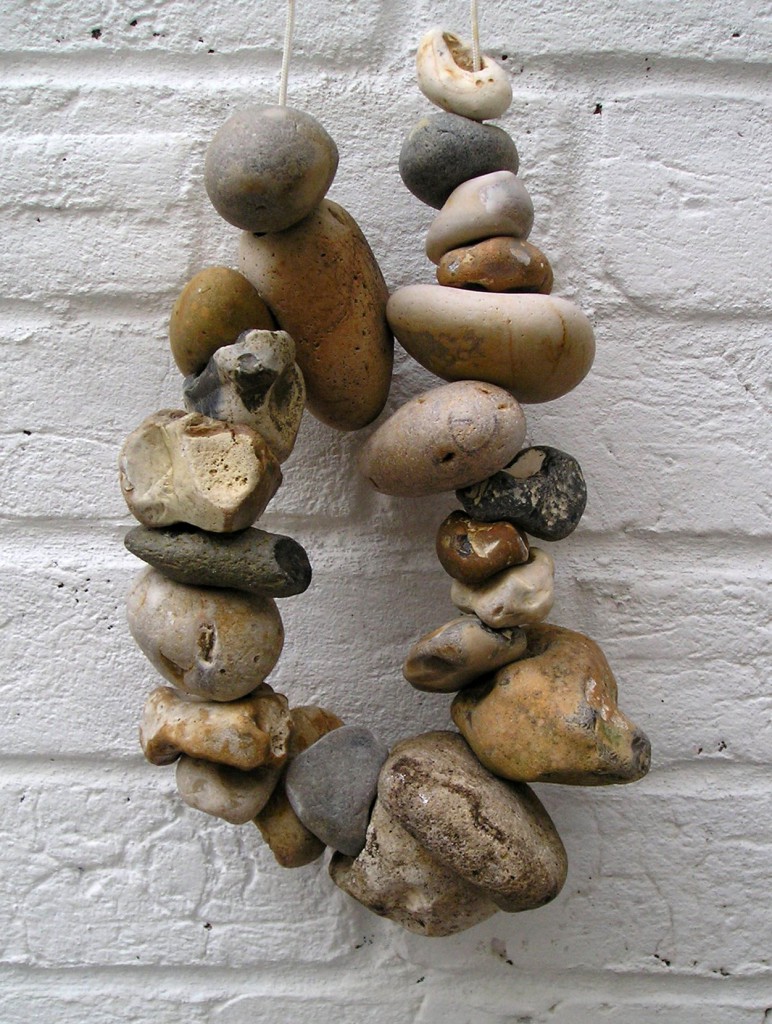 Later, Andrew sent me these photos and a few words:

You noticed my collection of holed flints. So here are three pictures. I recall that George Ewart Evans wrote in “The Pattern Under the Plough” about hag stones which were hung above horses in their stables overnight to prevent witches taking them for a ride. I will try hanging one over my bike to ward off cycle thieves. The third image is not correctly hag stones but it fits the theme of homage to Henry Moore. 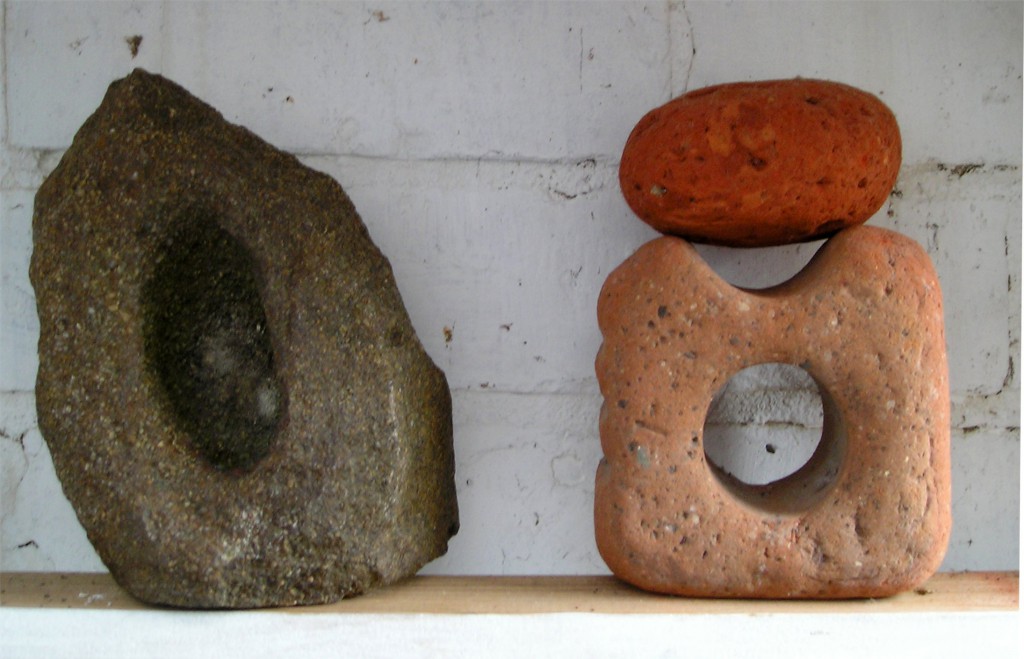 Then I remembered that I too had some hag stones somewhere. Eventually I tracked down this box of souvenirs, shells and fossils hidden in the garden shed. These stones though were found on the beach not in the field, but once found their beauty was impossible to ignore. They’re just intrinsically collectable, any excuse will do. All-seeing eyes to protect us from nightmares sounds about right. 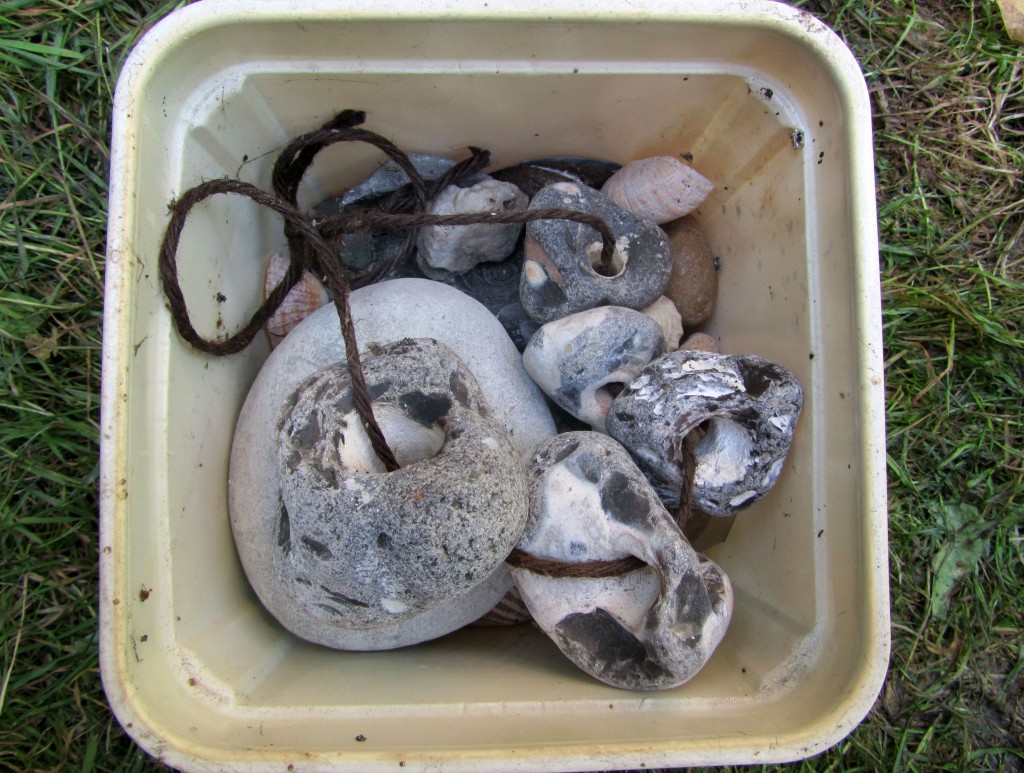 PS: And now, quite by chance but right on time, I see The Pattern Under the Plough has just been republished by Little Toller Books with illustrations by David Gentleman and an introduction by Patrick Barkham. There’s a nice post about it here at Caught by the River.