We recently received six new paintings by Margaret McLellan inspired by trips to her favourite parts of Dorset. The first three Longhouse paintings find Maggie revisiting Toller Fratrum before returning to her beloved Isle of Purbeck for three Quarry paintings.

Longhouse Developments are based on drawings and impressions gained from looking at Dorset Longhouses. These buildings were used to house the workers and their families and often stand with the Manor House and the Church. The one I found was very near the Church at Toller Fratrum made famous by John Piper for its marvelous font, which I have also studied. 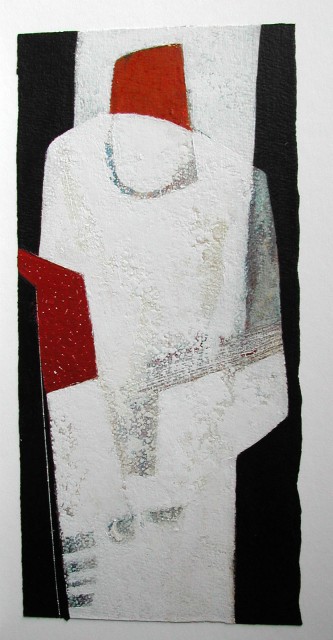 Quarry Developments refer to the experience of being in Seacombe Quarry. Along the lynchets, down to Seacombe Bottom, a blistering day in the Purbecks. Sheep strain their heads forward, panting to be cooler. Electric cadmium pulsates on the wings of the burnets as they feast industriously on the purple Knapweed. Waiting patiently in the refreshing depths of a sea pool, the Snakelocks anemones stand guard at Dancing Ledge, hoping that a bather will succumb before ascending home along the Priests Way. 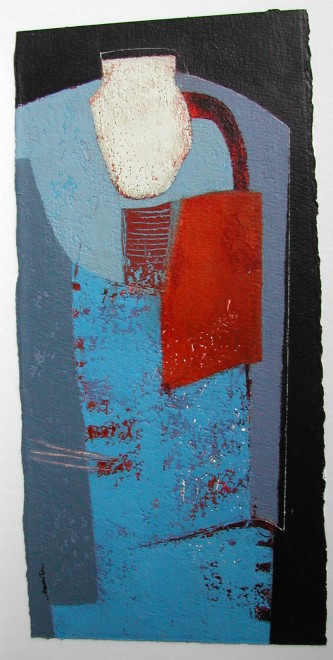 The entrance to the extensive quarries at Seacombe beckons. Dark, dank and magical, the caverns echo with the sound of stone cutters and smugglers. Moisture seeps across sculptural forms, glazing their surfaces with a palette of aubergine, amber, red oxide and ochre. Huge obelisks and pillars loom from the depths, reminiscent of a subterranean sculpture park.

Evidence of nature’s fashioning is everywhere. Ammonites large enough to sit on litter the floor, grooves drawn by water scrape their way along the rock face and layers of rock reveal pitted texture. The work is a celebration of Seacombe Quarry and its secrets.