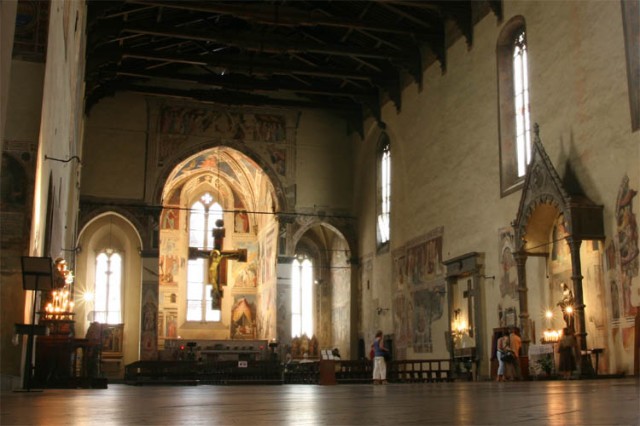 The Basilica of San Francesco in Arrezo, Tuscany, a late medieval church dedicated to St Francis of Assisi. In the chancel, the Cappella Maggiore, is one of the masterpieces of the Italian Early Renaissance. The walls are covered with a sequence of frescoes by Piero della Francesca depicting episodes from The Legend of The True Cross. Behind the suspended crucifix, at the lower right of the window is The Vision of Constantine, an image which has haunted Patti Smith for years. 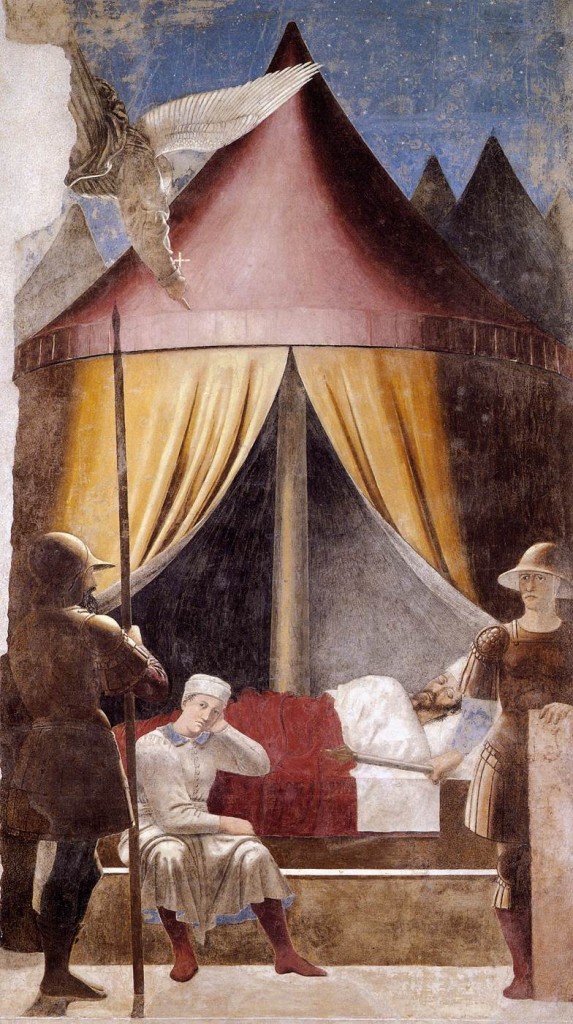 Constantine was the first Roman emperor to convert to Christianity. Piero shows him asleep in his tent on the eve of battle, protected by two guards and his seated page. This is the first painting of a nocturnal scene in Western art. An angel appears presenting a tiny golden cross to illuminate the darkness and to shield him in battle. On her new album Patti Smith weaves her own personal story of St Francis, Emperor Constantine, Piero della Francesca and Christopher Columbus into an epic poem of grand operatic style. Constantine’s Dream is an inspired piece of work, dark and apocalyptic, redeemed on the album by a beautiful version of Neil Young’s After The Goldrush which follows it.

One thought on “Constantine’s Dream”