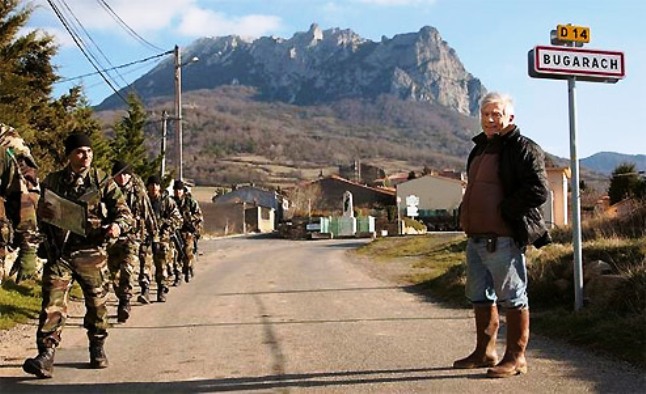 There’s been a lot in the media recently about 2012 being the year of apocalypse or some sort of catastrophic change predicted in the Mayan calendar. Last summer, instead of our usual holiday to Gozo where I paint my beach scenes, we house-swapped for three weeks in the French Pyrenean town of Quillan and discovered the neighbouring village of Bugarach. Property prices there have gone sky high after thousands of people flocked to the area believing the nearby mountain to be the only place on earth to be spared this ‘apocalypse’. Apparently in 2011, the local mayor began voicing fears to the international press that the small town would be overwhelmed by thousands of visitors in 2012, even suggesting he may call in the army. 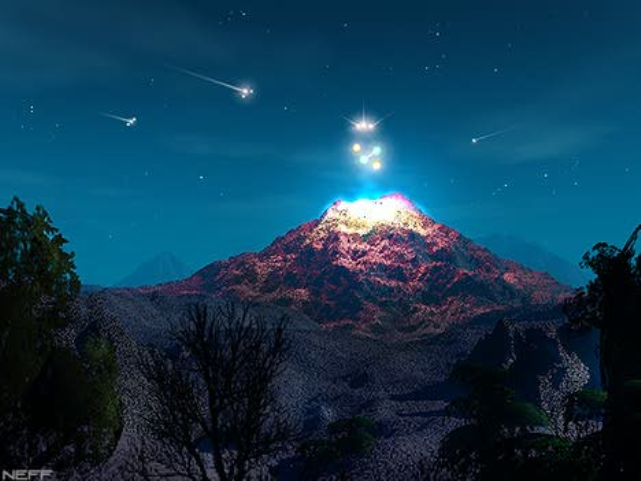 New Age followers believe the ‘upside down mountain’ has mystical powers, spreading to the belief that the village would be spared. In 2011 visitors doubled to over 20,000 and France’s sect watchdog, Miviludes, placed the village under scrutiny due to concern over possible mass suicides. Some French and international websites devoted to the apocalypse claim that the mountain of Bugarach is a sacred place that will protect them from the end of the world. Some even believe that on doomsday they will be spirited away by a group of aliens who live under the mountain. 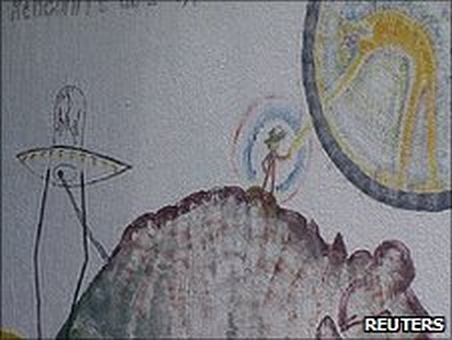 A local innkeeper, who offers rooms only in the summer, said she had received numerous calls from people wishing to reserve rooms from the beginning of December 2012 to the end of January 2013. “People know I’m closed in the winter,” Mrs Benard said. “But those people said they wanted to come three weeks before the apocalypse and book the week afterwards to see what happens.” 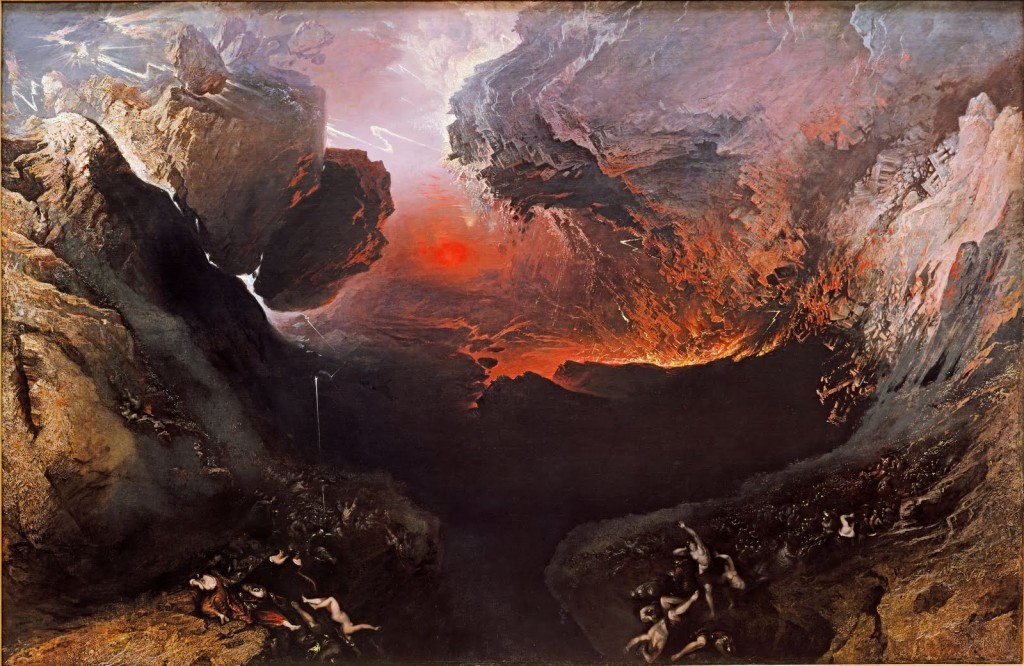 We didn’t realise we were approaching the Pic de Bugarach, when we returned to Quillan, one hot sunny afternoon spent swimming in the gorges of Galamus and Verdouble. We were concentrating on getting back to watch a cycle race round Quillan starring the winners of the Tour de France. As the narrow roads skirted round to the North side of the mountain ahead and dropped down to the West, a huge crag loomed up on our left. It had such a powerful presence that I had to pull over to the side of the road to be able to gawp at it without risk of crashing into a tree. I instantly had a feeling that I was being drawn towards the mountain just like the Richard Dreyfuss character in Close Encounters of the Third Kind! 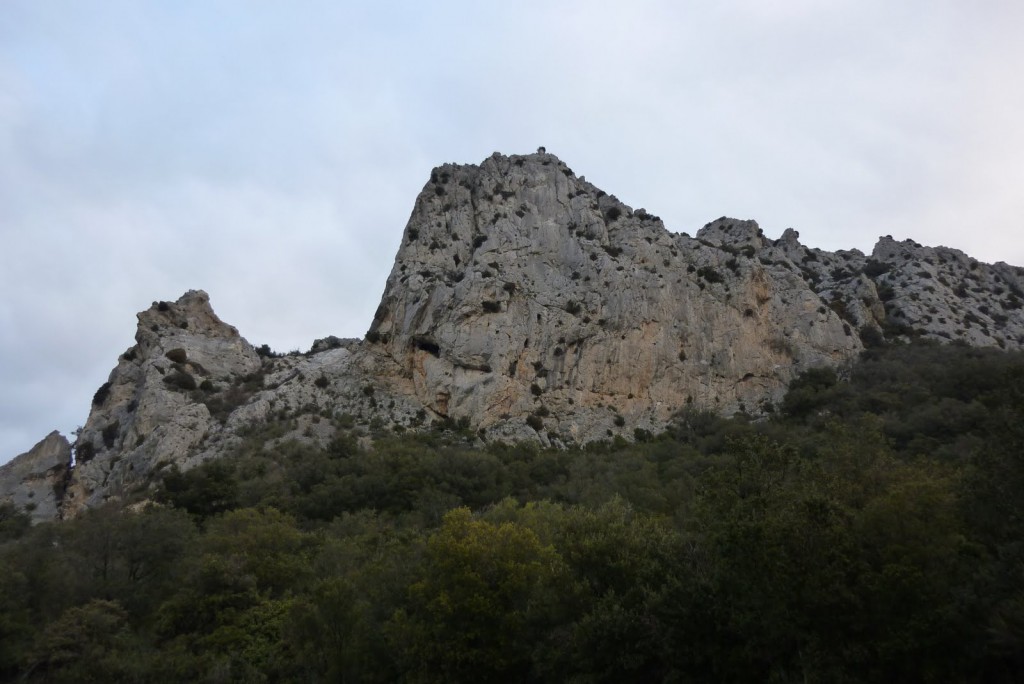 Back on the road a little while later, the sky went black and an almighty downpour forced us to stop again. The lightning flashes with simultaneous thunder cracks went on for half an hour and scared the wits out of our two kids huddled on the back seat. Looking back on that storm now, it feels like we experienced a taste of the apocalypse forecast for 21/12/12. 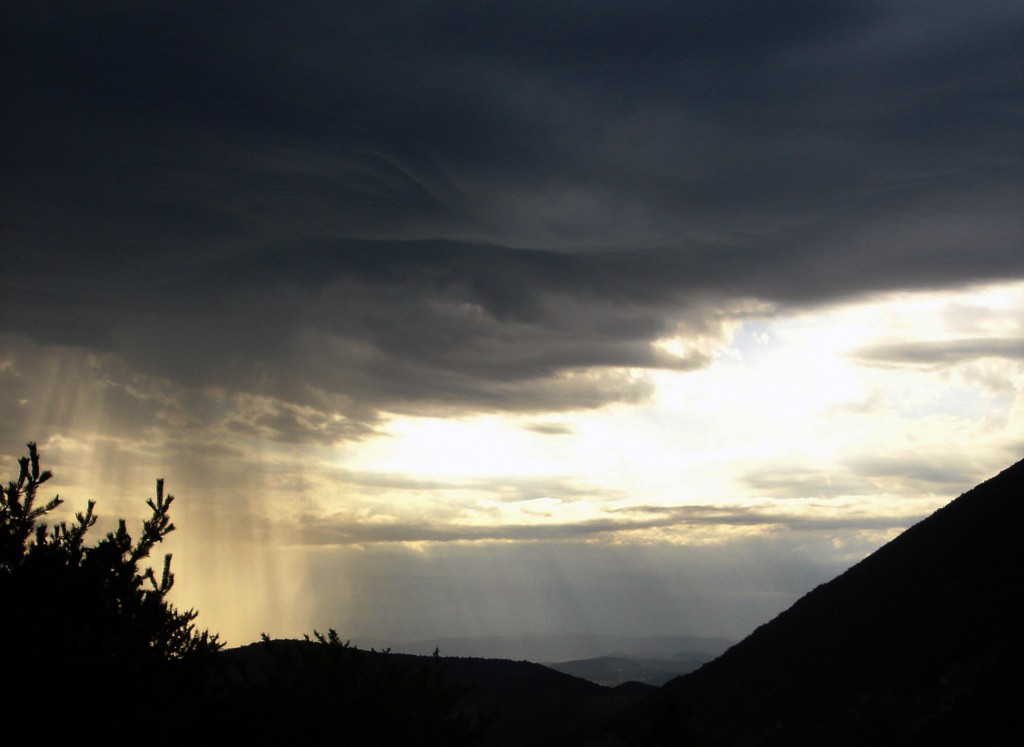