This procession is at the British Library but we took a circuitous route to find it. We started out for old times’ sake from the Brunswick Centre. Sue used to share a nearby flat, the Gate Bloomsbury (now renamed Renoir) was our local cinema and later Coram’s Fields was always a favourite place to bring the girls, but not today. 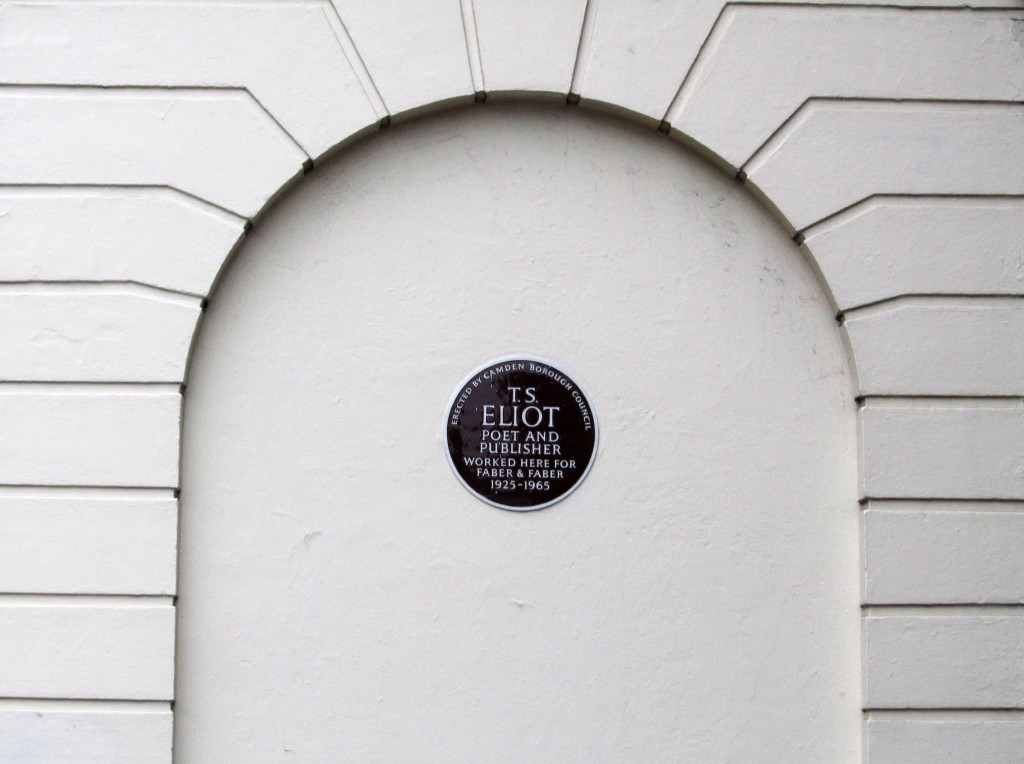 Instead we lunched at Carluccio’s then walked over to Russell Square and I noticed for the first time a plaque for T S Eliot. There’s another in Kensington where he lived and died. 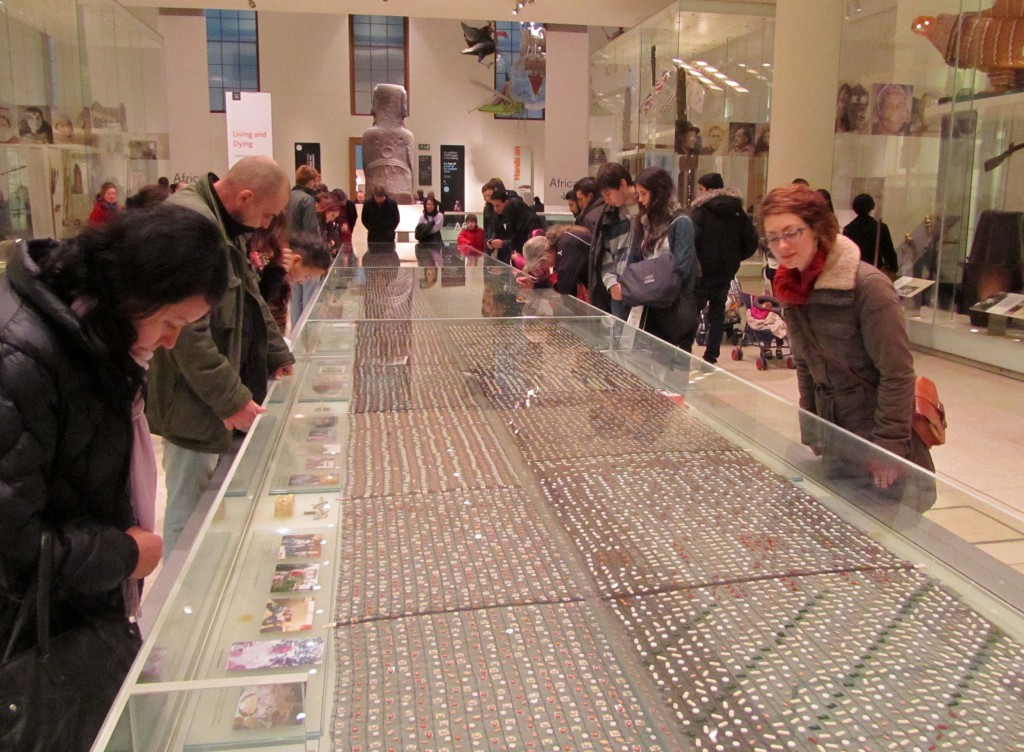 We used the British Museum as a short cut, in through the back door and out through the front, and on the way Lottie examined Susie Freeman’s magnificent From Cradle To Grave. In Museum Street I took the opportunity to visit Abbott & Holder, something I’d long intended to do and a good excuse to get out of the rain. It’s a treasure house of paintings, drawings and prints, mostly on paper and all casually displayed in intimate, approachable surroundings. Around the corner Maura showed us her Pilates school and I showed her the house of Howard Hodgkin, another collector of Mughal pictures. 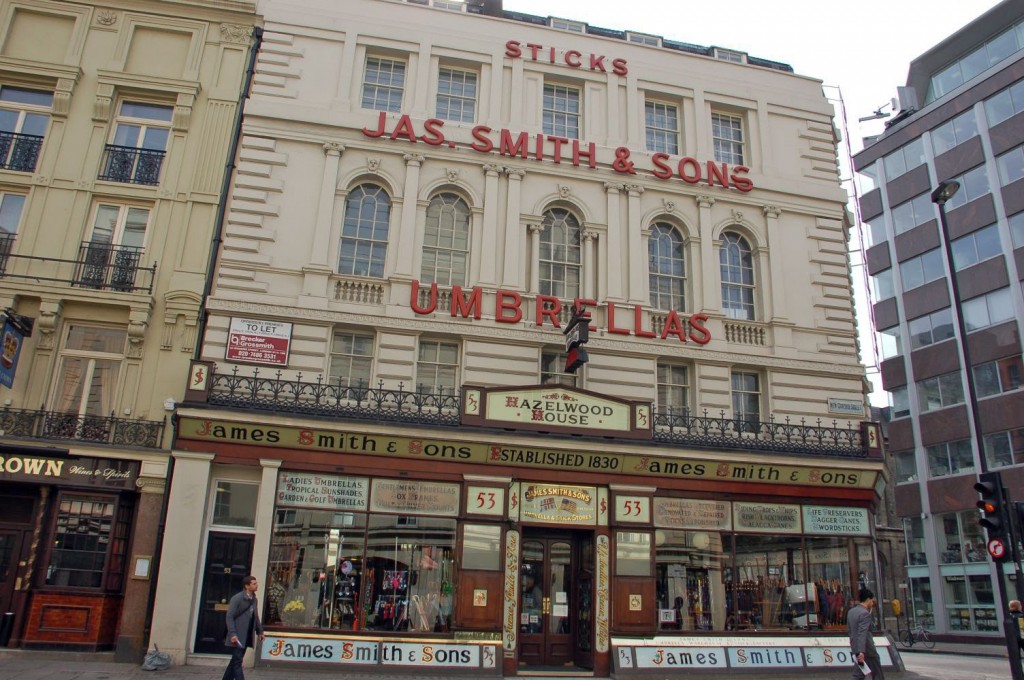 Then down to Covent Garden to exchange wrongly sized Christmas gifts. On the way back, since it was still raining, I fulfilled another ambition by buying an umbrella at James Smith & Sons. 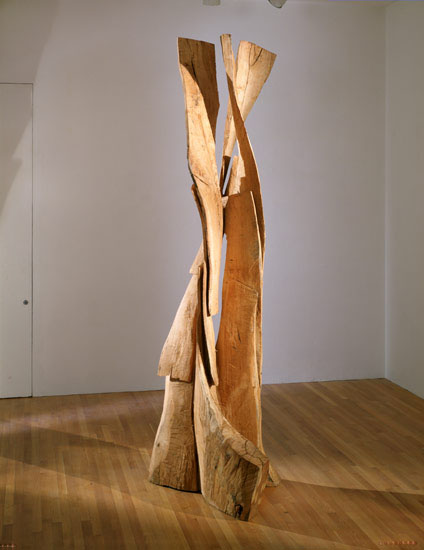 We finally arrived at the British Library where I was briefly diverted by a surprising David Nash in the entrance to the conference centre. Spiral Sheaves is oak carved with a chainsaw, a sculpture yet still a tree and well placed in the stairwell. I should have photographed it but there wasn’t time, so I continued our circuitous route later online, which led me to discover Wild Lace, an interesting blog though possibly no longer active. Then, in the inevitable way that one thing leads to another, I found myself at the appropriately titled Postcards To Chris, where the most recent post from December 10 also featured David Nash and on November 26 had featured this next tree from the British Library. 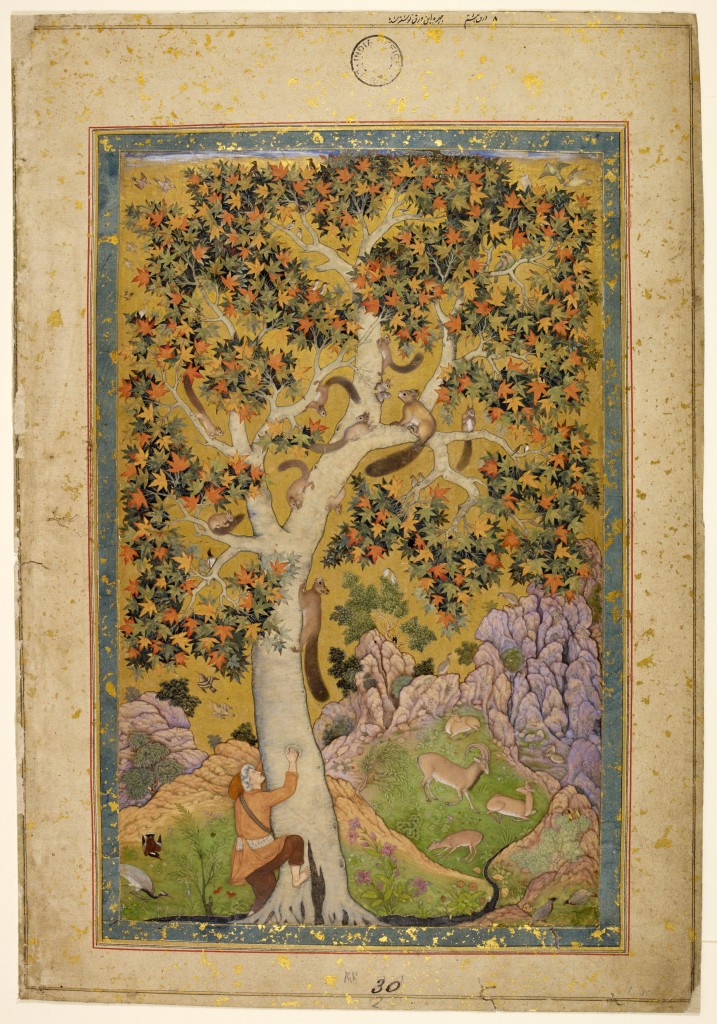 This painting is Squirrels In A Plane Tree by Abu’l Hasan (imagine painting all those leaves) from Mughal India, an exhibition of objects and manuscripts and paintings. Fanny Shorter, if you’re listening, this is an exhibition for you. I kept thinking of your phrase – I have a fascination with intricacy and pattern and a love for anything that requires a closer look. This exhibition is full of that. I really should have taken a magnifying glass. 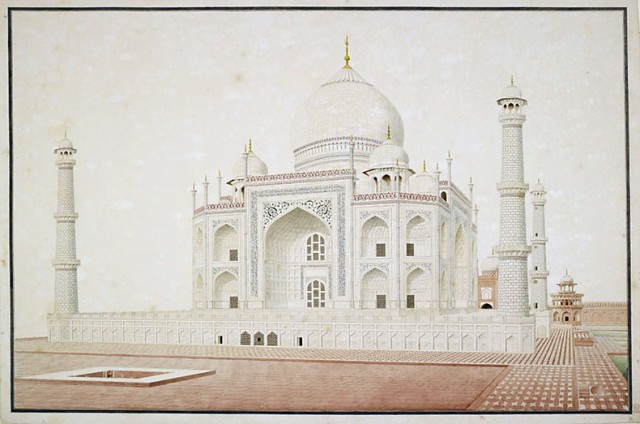 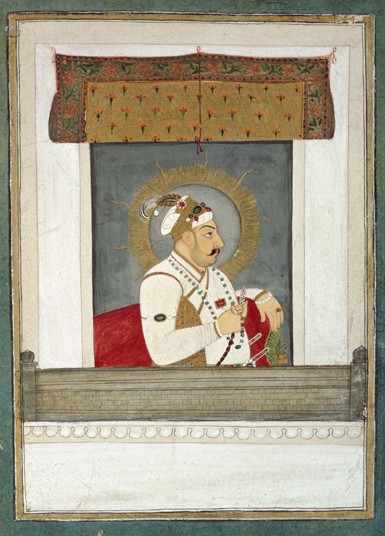 The exhibition culminates with this 5 metre long scroll painting (click on the image for a closer look) – The Delhi Panorama of 1846 by Mazhar Ali Khan – the finest artistic rendering of Shahjahanabad ever made. It also affords a unique glimpse into the heart of the imperial palace in the Red Fort before much of it was destroyed after the 1857 Uprising. The 360° view of Delhi along with its extraordinary detailing of the cityscape makes the panorama not just an important historical document but also the masterpiece of its artist.

Mughal India: Art, Culture and Empire continues at the British Library until 2 April 2013.

One thought on “To Mughal India”