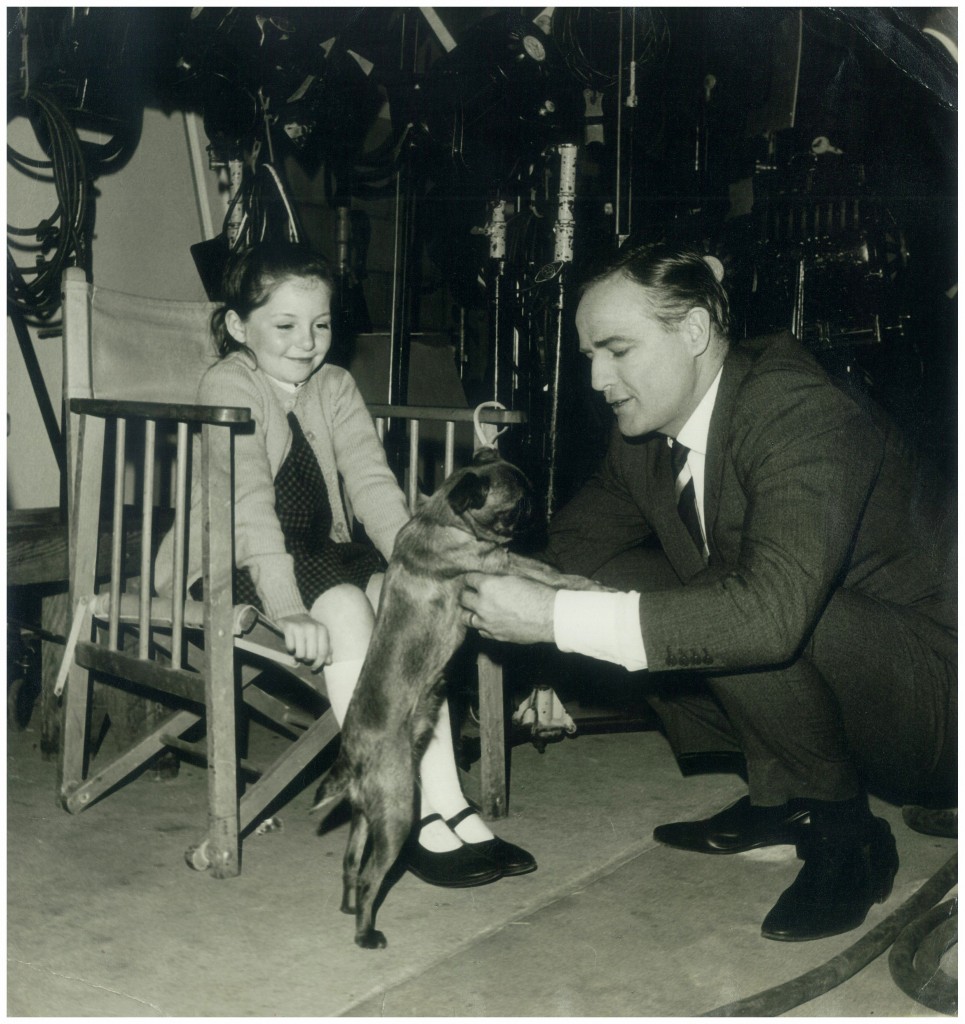 Meanwhile Sue was in another wood, not Hollywood but Pinewood Studios where her father worked as a boom operator, and where she proudly introduced Tilly, her pet griffon to Marlon Brando. 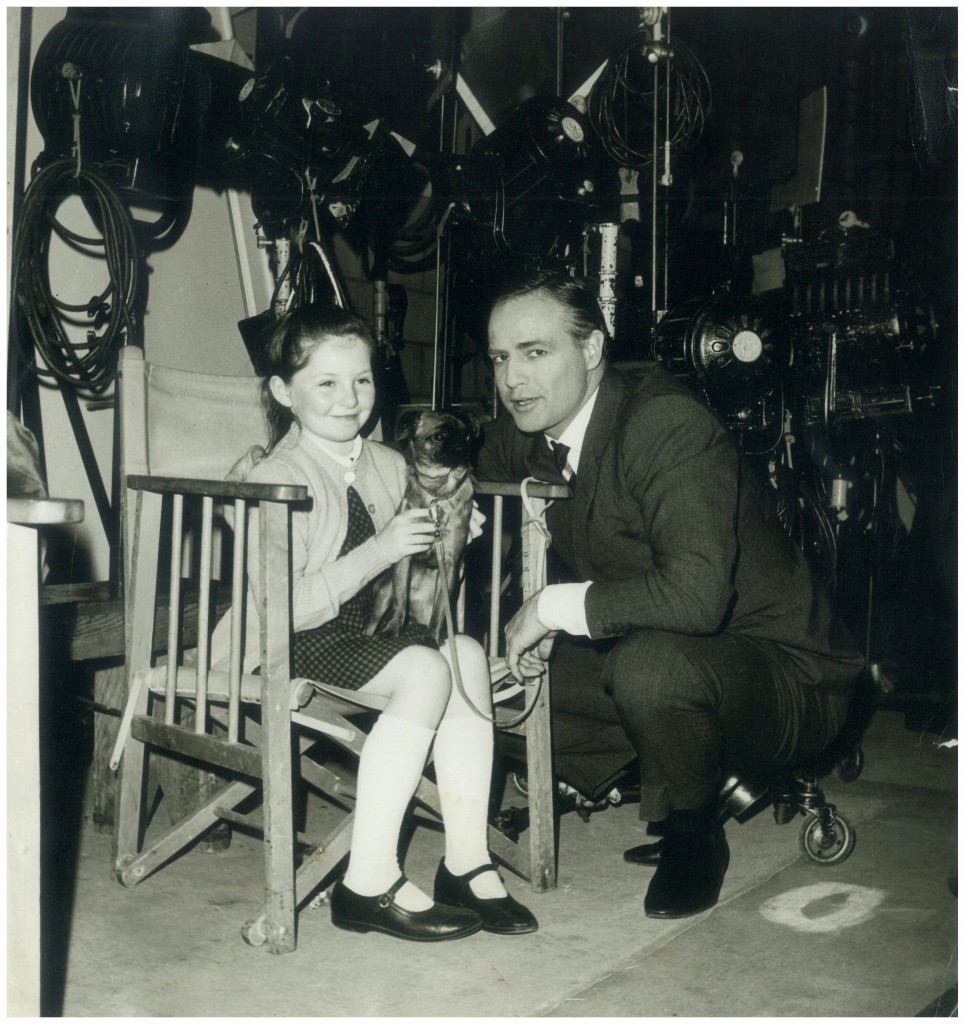 He was making a film with Sophia Loren called A Countess From Hong Kong which was written and directed by Charlie Chaplin, here sharing a moment on set with Sue’s father, Gus Lloyd, sound man. 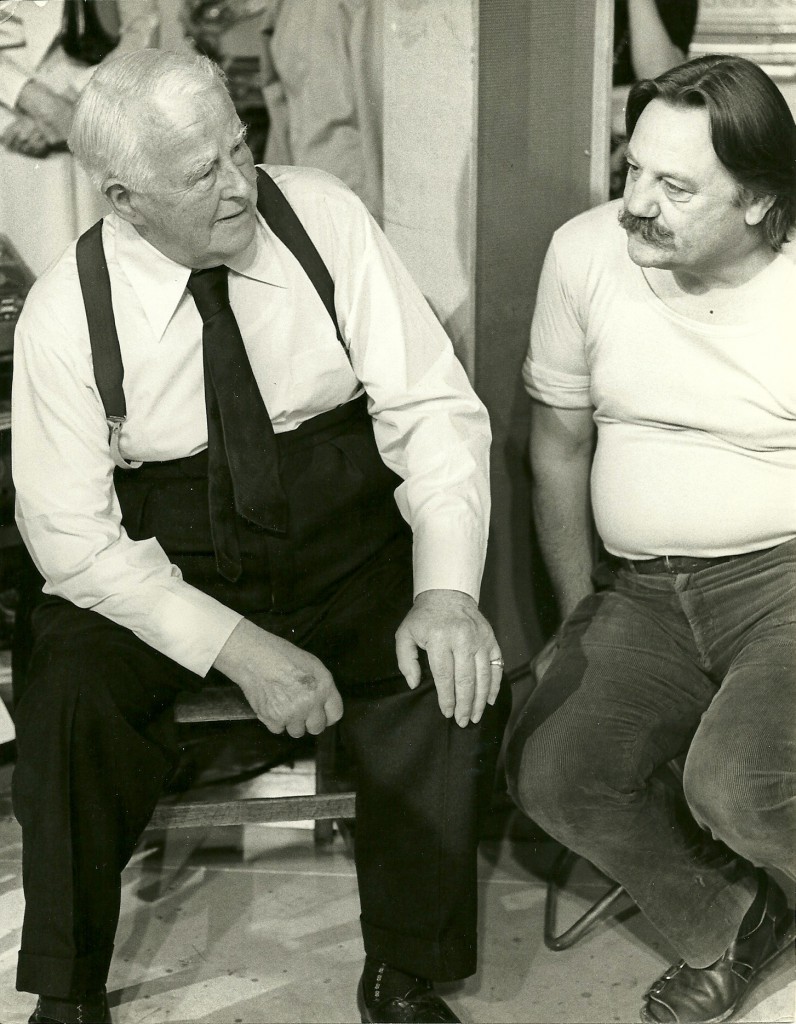