It’s worth noting that “Alabama” by John Coltrane was written in response to a brutal church bombing undertaken by members of the KKK in 1963 in Birmingham, Ala. which killed four young black girls.

Ralph Carney: The tragedy happened and something in my head said, ‘Go record.’ I was thinking of Coltrane’s “Alabama.” I decided to start with my bass sax. I thought I might just do it as a bass sax solo, but then decided to build up different layers of sax, until it got higher – six saxophones in all.

I was in a trance while recording it, and everything happened so fast. I just picked a key, and then made sure the higher register horns were in key with each other, which isn’t the easiest thing to do with this instrument, you know. I laid the saxes down in layers, including call and response parts. I was thinking a bit of Albert Ayler or, you know, Sun Ra, when I went into the chaos part. It seems that people have not been minding that part because I was just feeling the same pain that all have been feeling. And then there is a release to the pain, at the end.

In terms of references, of course there is the history of New Orleans funeral marches, and of saxophone quartets. I’m friends with the Rova Sax Quartet people, here in town. And I myself did a multi-sax thing in 1980 with Mars Williams and Donnie Davis, called Sax to the Third Power. We recorded, but never released anything.

It’s a weird thing to do. I’m not waiting for tragedies so that I can capitalize on them. There’s been so many terrible things of late, but I felt compelled here.

And now it’s going to be performed by the Kronos Quartet. Out of the blue, David Coulter, a Londoner who’s a multi instrumentalist and who just moved here to the Bay Area, phoned me up the morning after I posted it — last Saturday. He called up crying, and said ‘Man that’s incredible, and timely and perfect. I have to play it for David Harrington,’ who’s the leader of Kronos.

Two days later, David called and asked if they can get permission to do the piece. They’re doing a transcription, and they want me to sit in and play bass sax when they play here later this year, and be a guest on the song. I still can’t believe it. Kronos are from [the Bay Area] but they’re internationally known, so it still doesn’t seem real. 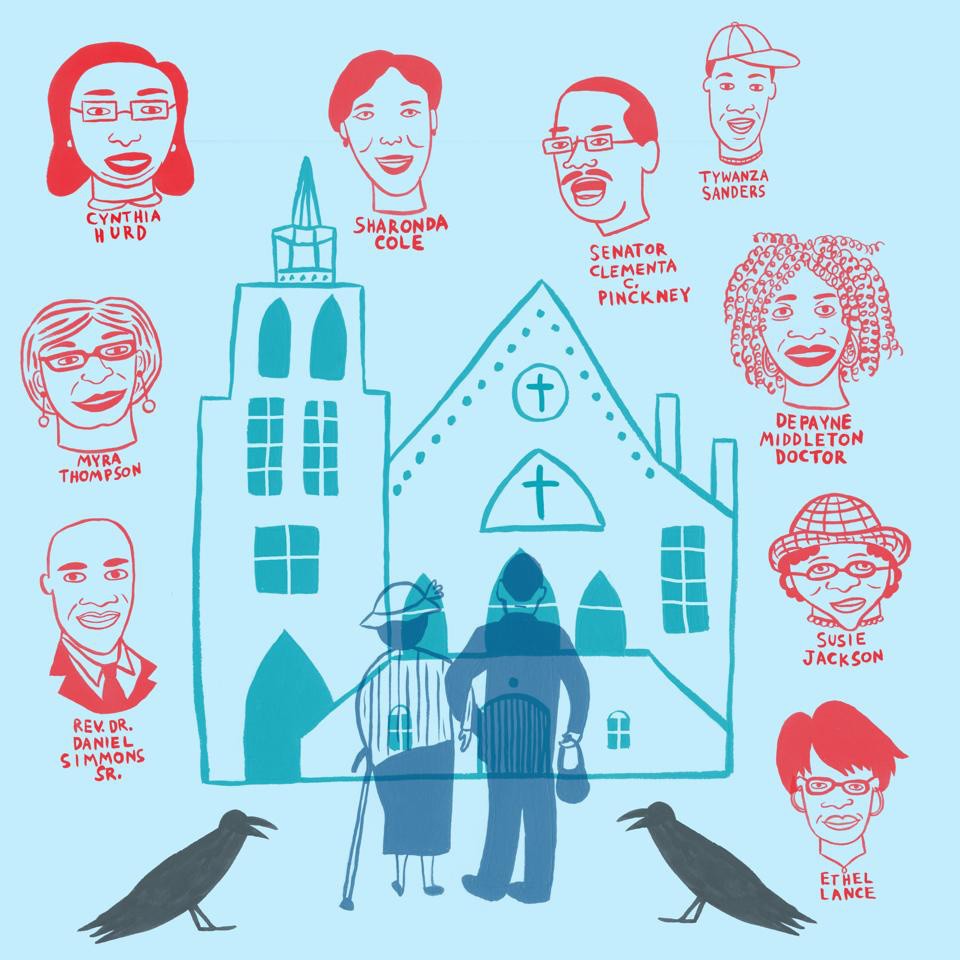 Julie Wilson, an LA based artist who does a lot of needlepoint did the image on the Bandcamp page.