Now that’s what I call a pair of lungs! Rahsaan Roland Kirk at the Montreux Jazz Festival 1972. I saw him later at Ronnie Scott’s and he blew me away. He was magnificent, spirited and generous. He could take a sweet ballad and stretch it fearlessly, rolling it out until he’s blowing constantly, exhaling and inhaling both at the same time. Circular breathing and circular singing. He was a musical whirlwind. I tried to work out when it was. At the next table were Neil Young and David Crosby. We’d seen them earlier at Wembley with Joni Mitchell so it must have been 1974 though that concert was a bit of a blur. Not very memorable and they were all just specks on a distant stage. Kirk was right there in front of us, a live dynamo bursting with Bright Moments. 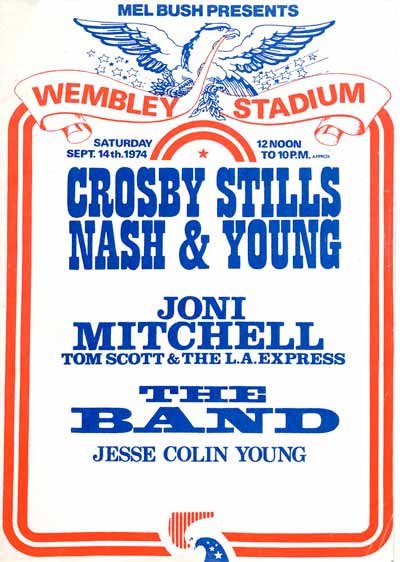