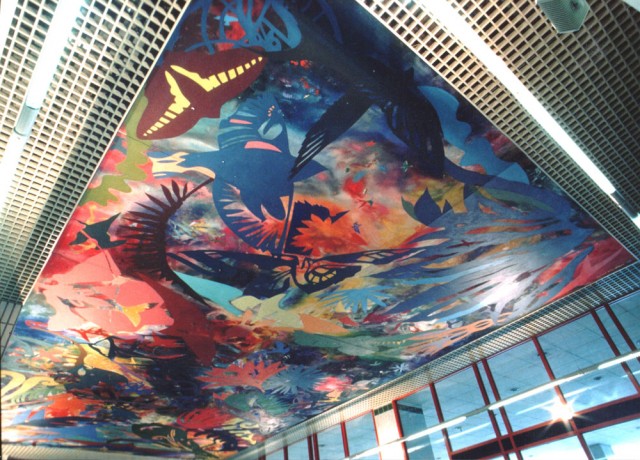 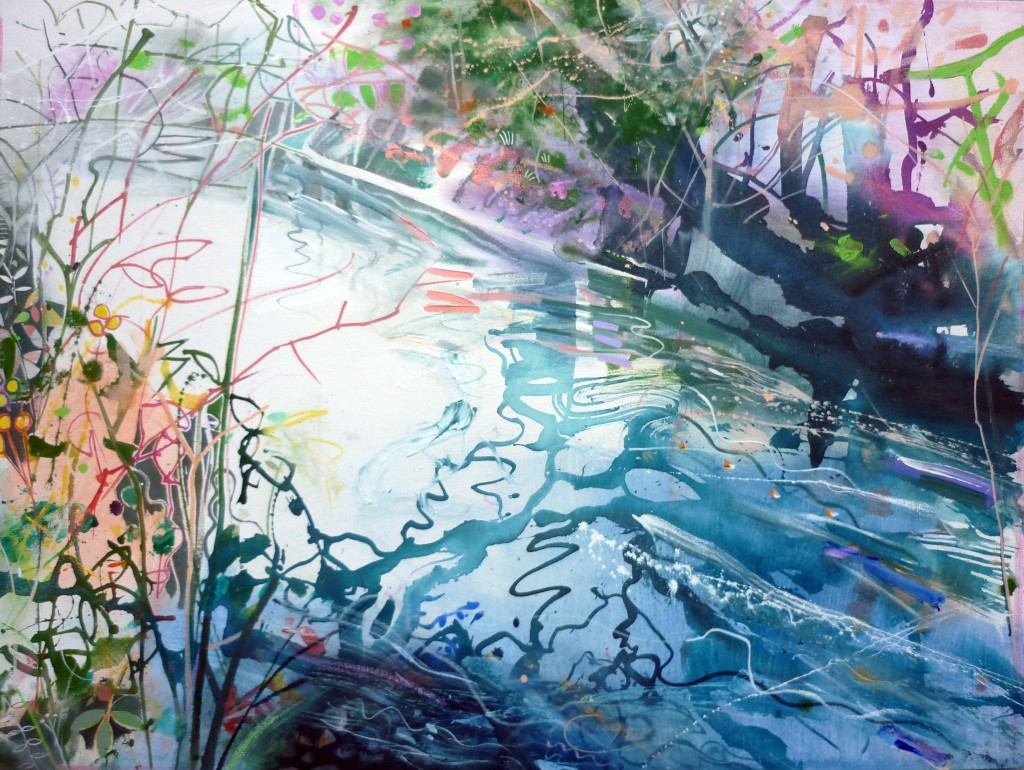 Most of my current studio paintings are over a metre long but I am now embarking on a series of small paintings which are 10 x 12 inches. It is interesting to see how such changes of scale affect painting methods. The most obvious difference is how much of the body is used. During the making of the large murals, made in panels and begun on the studio floor, my arm would not reach the centre of the canvas so I had to go onto the canvas with bare feet. Marks and gestures were very large involving wide movements. I also used other means of applying the paint as well as brushes, such as rollers, sponges etc. The idea being to retain painterliness without becoming mechanical due to the large scale.

My current studio landscape works are large enough to involve the gestures of hand an arm. I am trying to allow the paint to mirror the change and movement in the landscape. Again these are begun on the floor before moving to wall or easel. 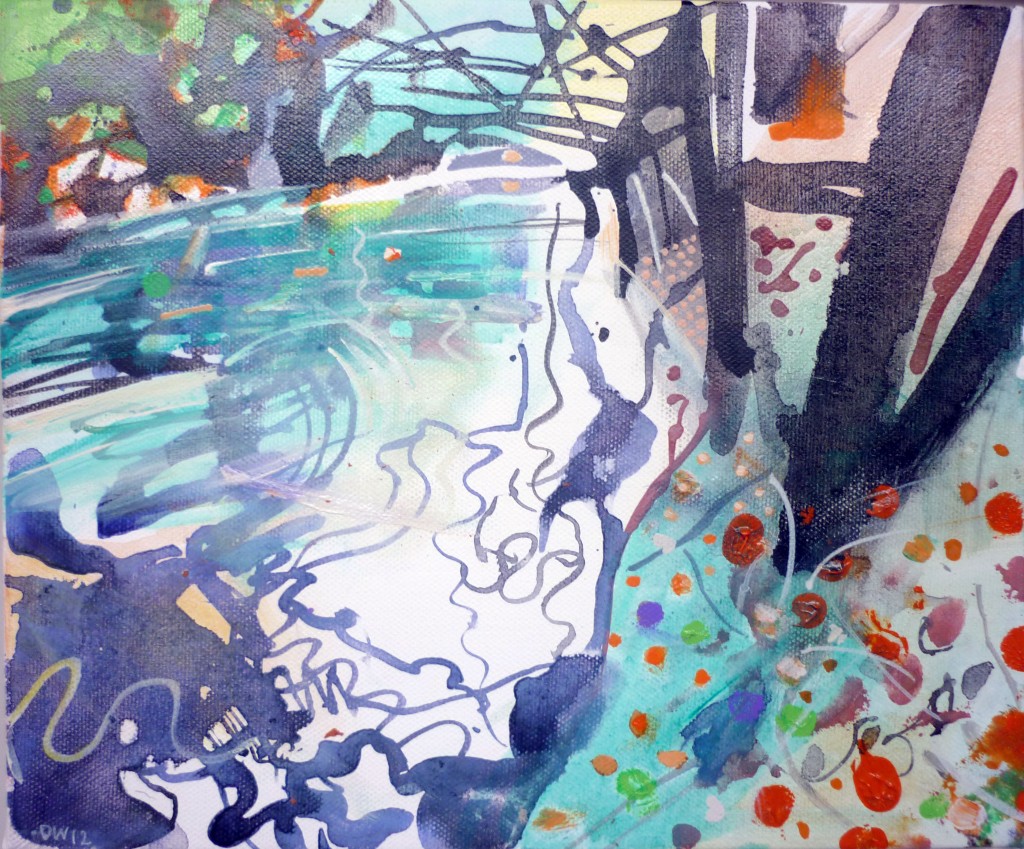 The current series of very small paintings was prompted by an exhibition I am organising for my students, where all the work will be identical in size at 12″ x 10″. This has been a challenge I have really enjoyed and surprised by. 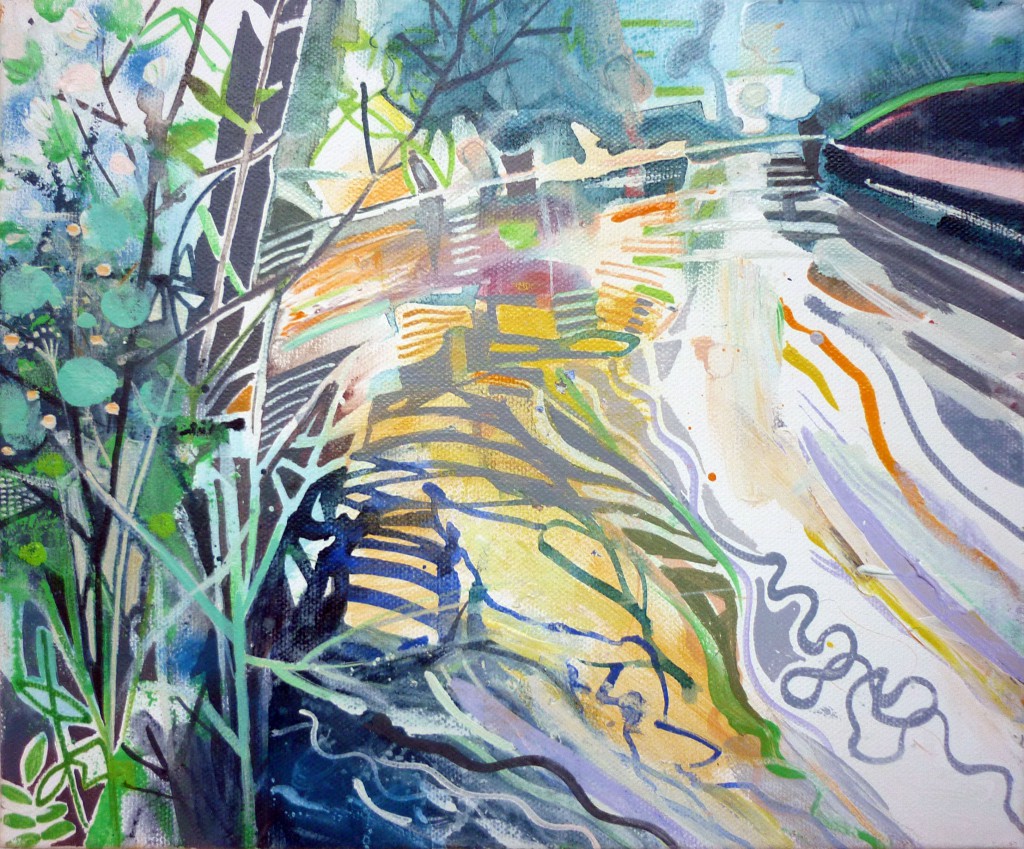 Now the paintings are largely made with hand and fingers but still aiming to keep the fluidity of the larger works. They can be made more quickly in a more relaxed way as it is easier to consign them to the dustbin if things go wrong. 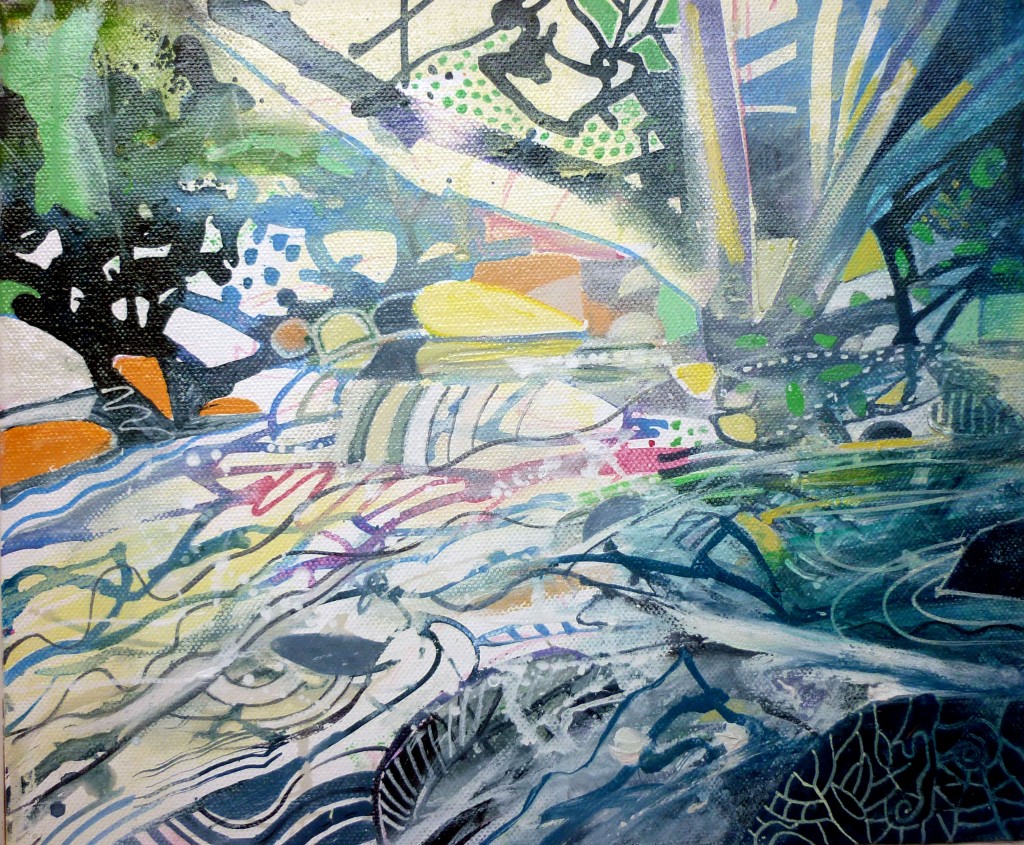 Going wrong on the little pictures seems always to involve overworking and it’s the ones that work quickly that are the best. I aim to make around 20 small pictures before returning to a larger size and will be interested to see how the larger pictures are affected by having worked on a smaller scale . 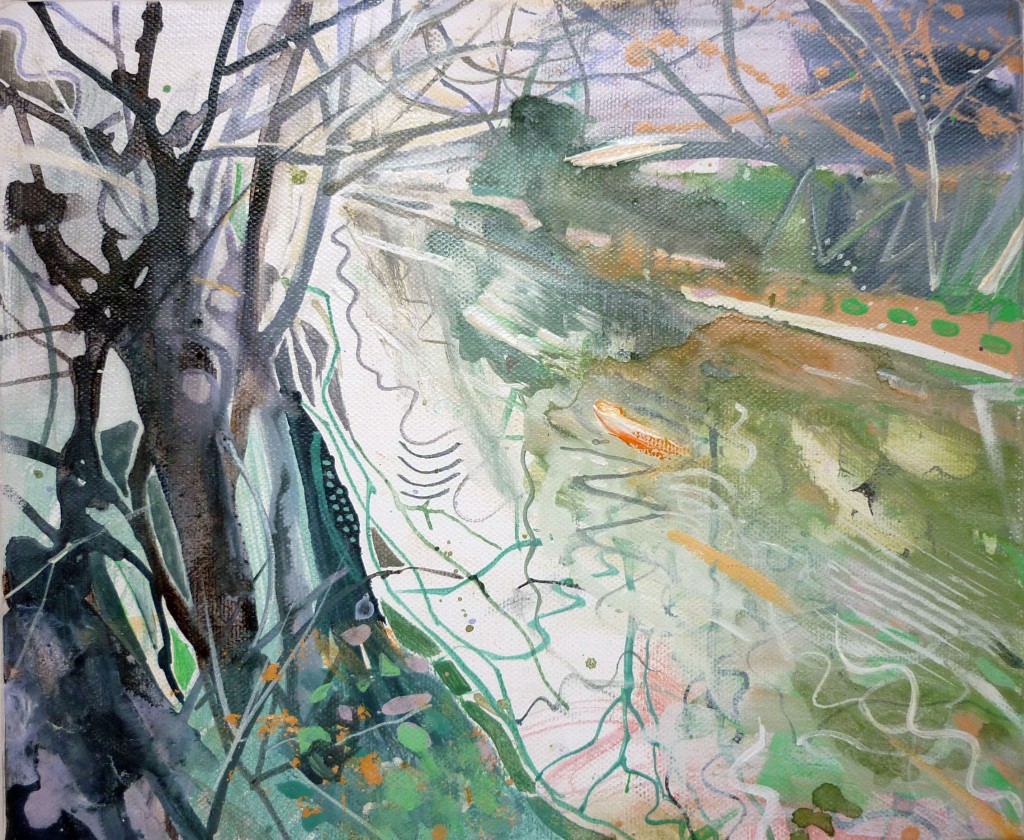