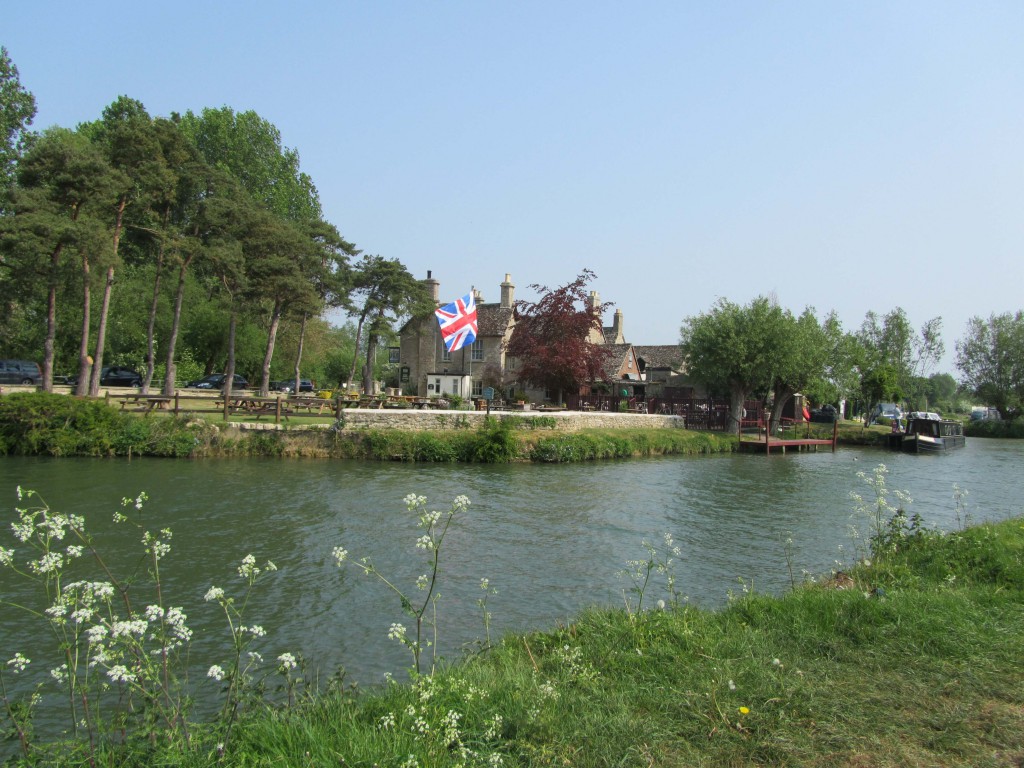 I’d been curious about the Swan Hotel at Radcot for years, ever since we framed this memorable painting. In fact it doesn’t look much like its portrait at all, but it’s a good place to start from and a welcome spot for a riverside drink upon the return. This walk was inspired by a chance meeting two years ago at Jazmin Velasco’s house with Ron Emmons, author of Walks Along The Thames Path. I arrived just as they were about set off on the Richmond walk. In his description of this Radcot & Kelmscot walk, Ron says ‘This is a walk for when you really want to get away from it all’. Though there’s no escaping the jubiquitous Union Jack these days. 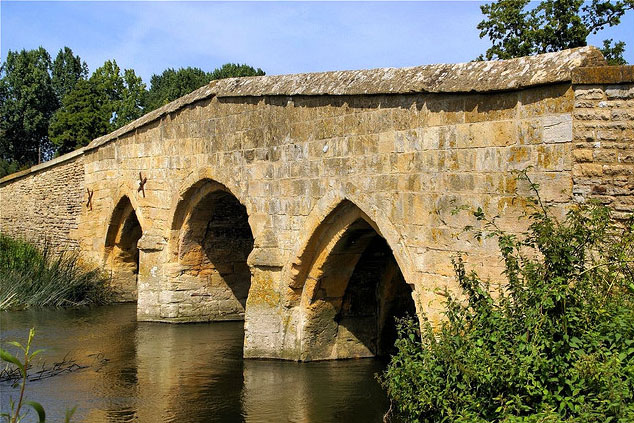 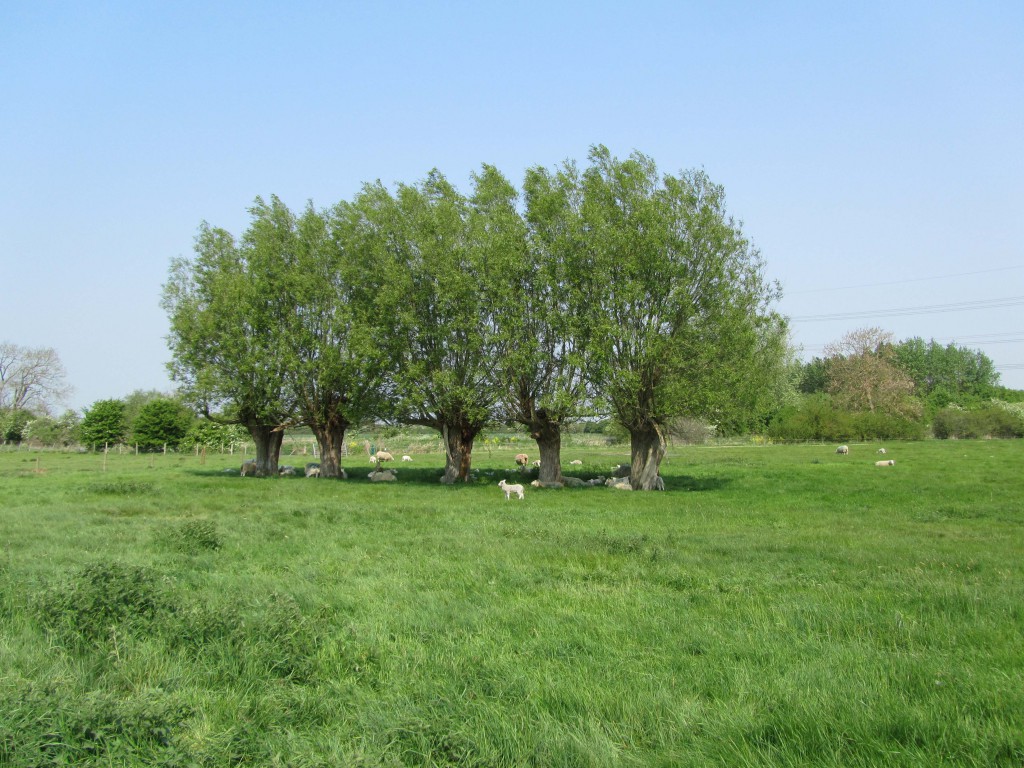 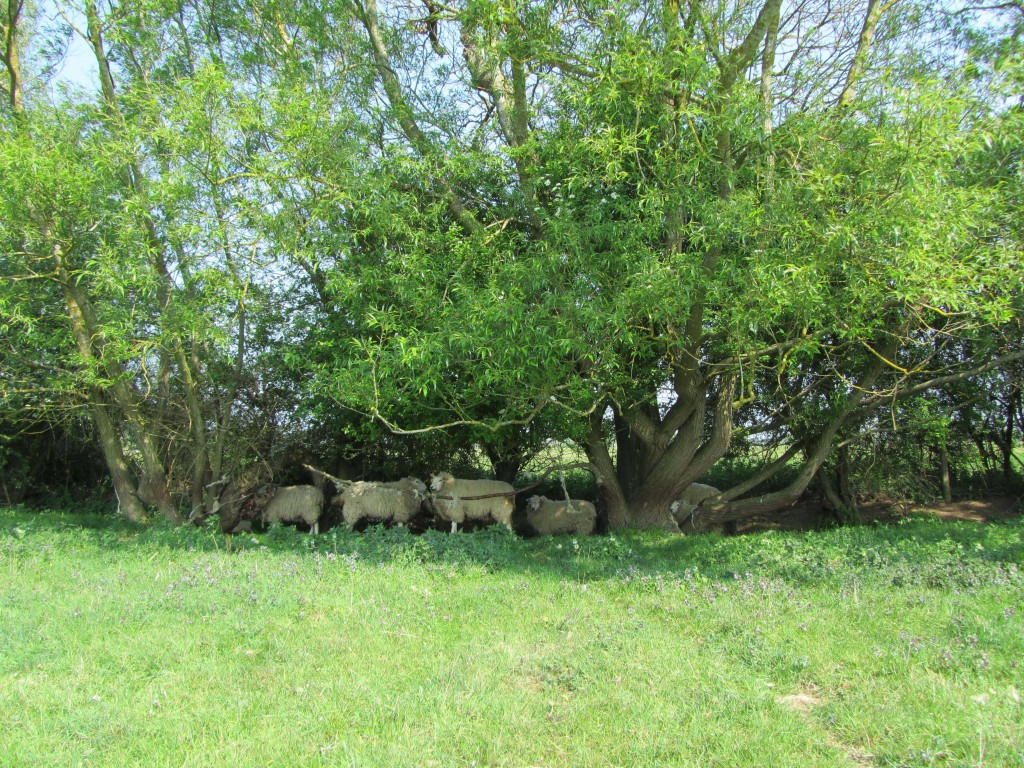 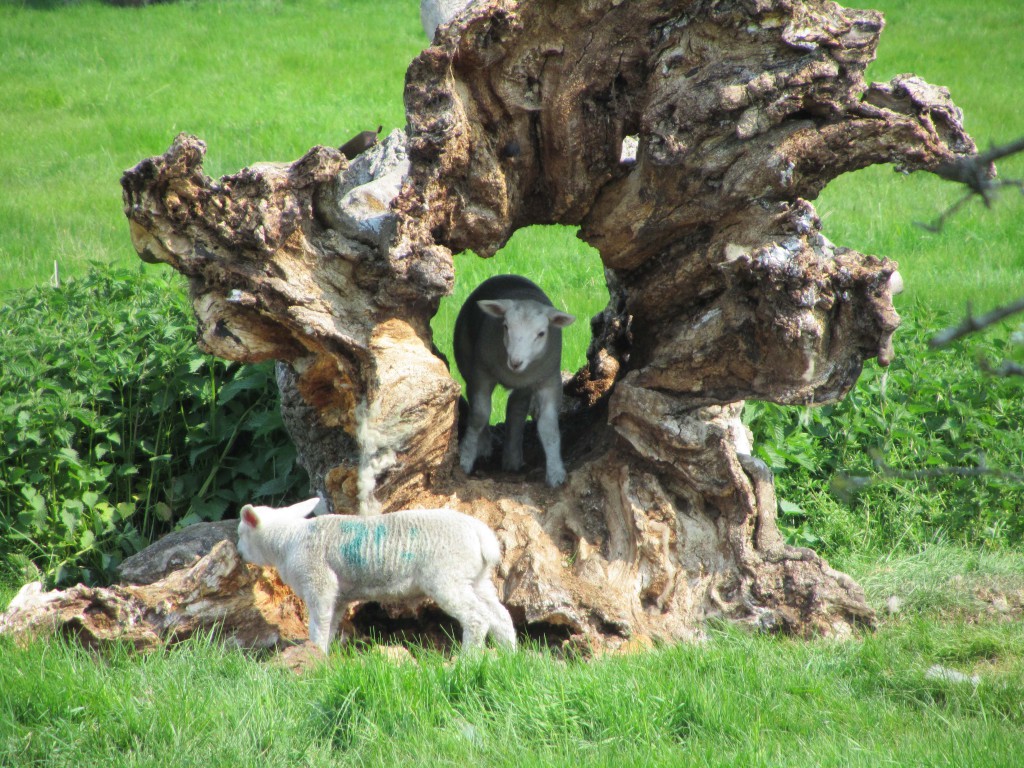 There are willow trees along the river often put to good use by sheep for shade and by lambs for fun. 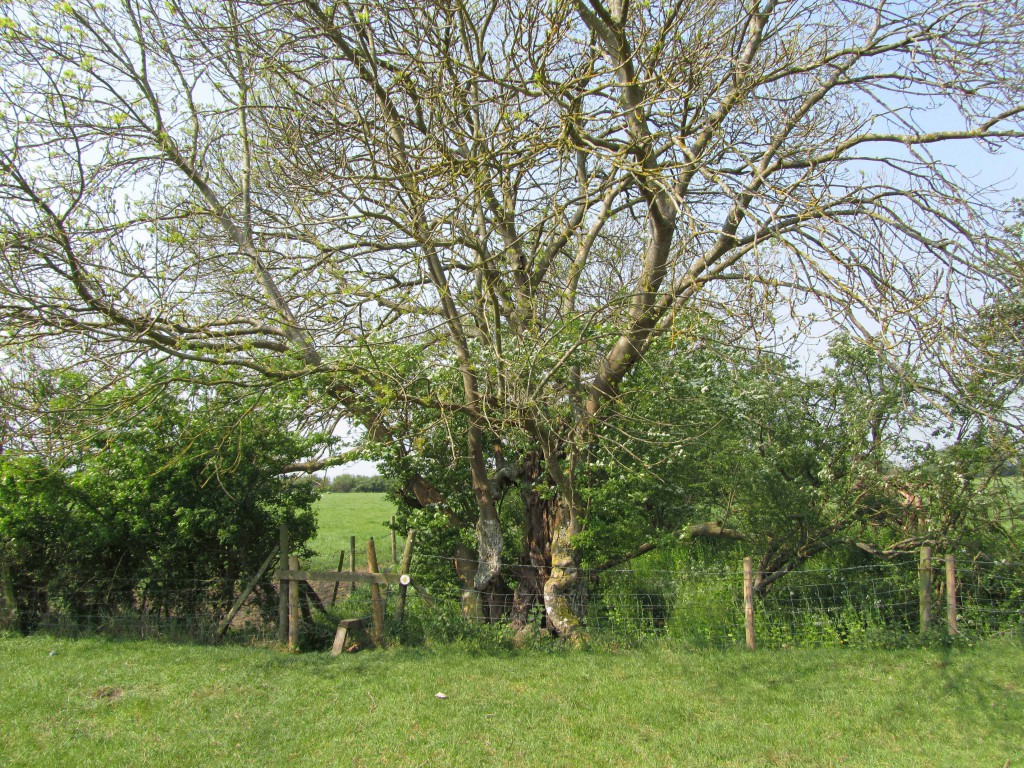 Ron mentions a lichen-covered footbridge beside this ‘rotting carcass of an ancient Ash, miraculously sprouting new branches’. He also says that the path may be unclear, as it is little used. In fact this public footpath is often discouraged, having been ploughed up and planted with crops in places, so a circuitous route around field edges added an extra mile or so to the route. 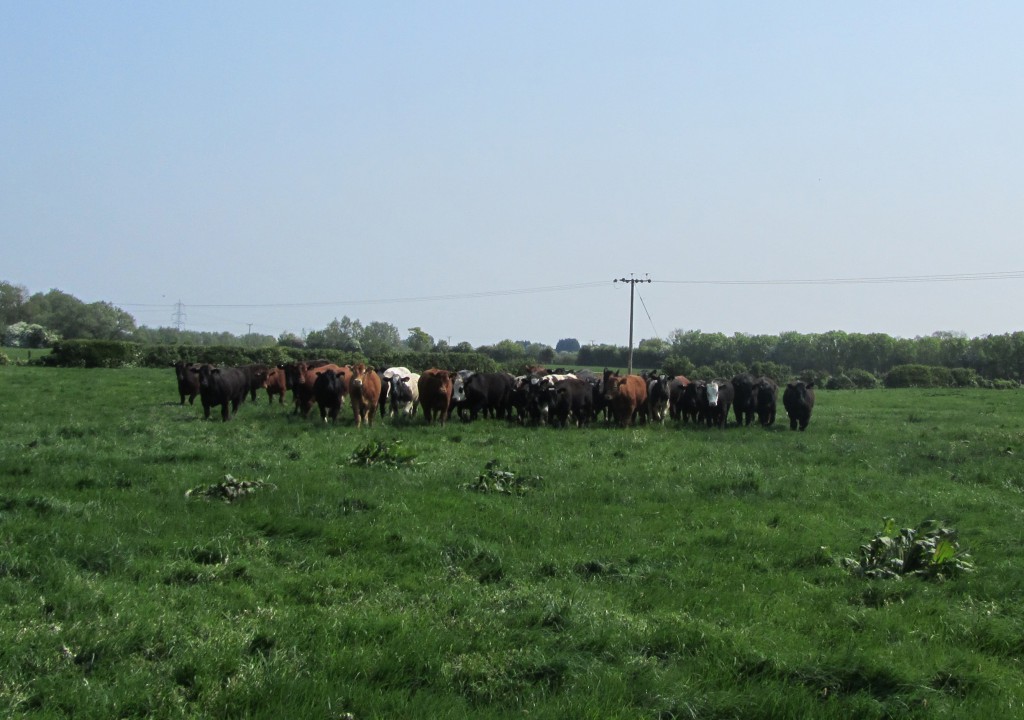 At one point there was the sudden appearance from behind a barn of a herd of frisky young cattle. It was almost as if they had just been released into the field as another deterrent to walkers. They came careering towards us like a class of eager schoolchildren at playtime. Except heavier, and more intimidating. Luckily they came to a halt and parted to let us through, then regrouped behind us. We continued on, eyes forward, no dawdling, just ignore them and they’ll go away. And they did! When we looked back they were nowhere to be seen. 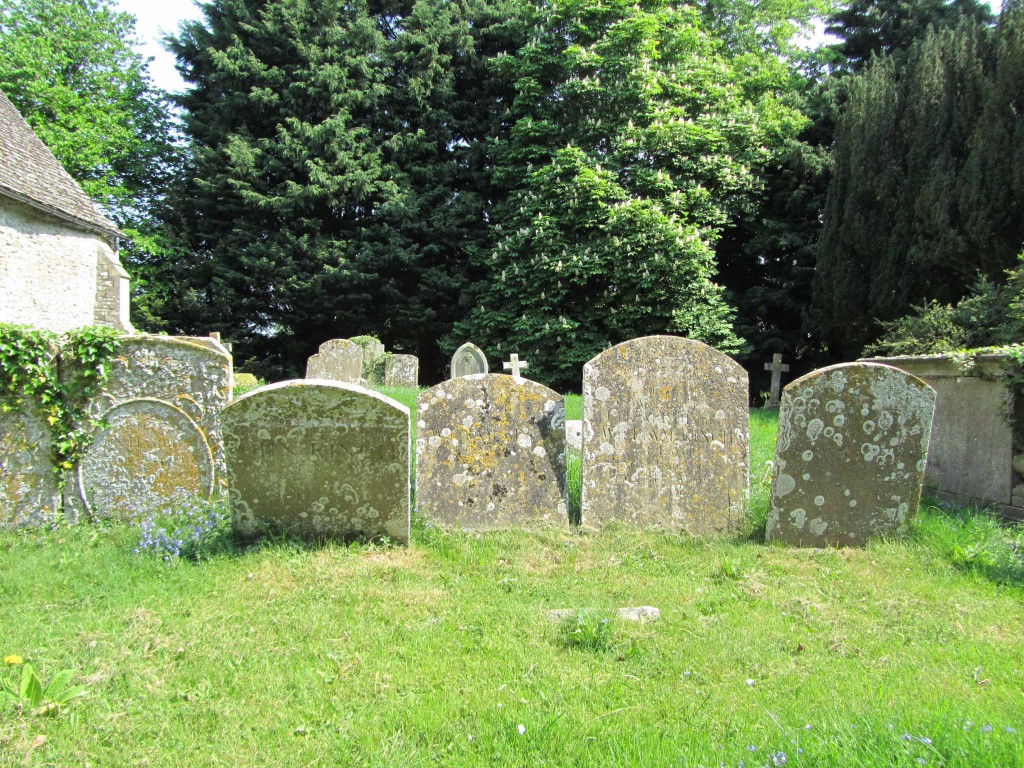 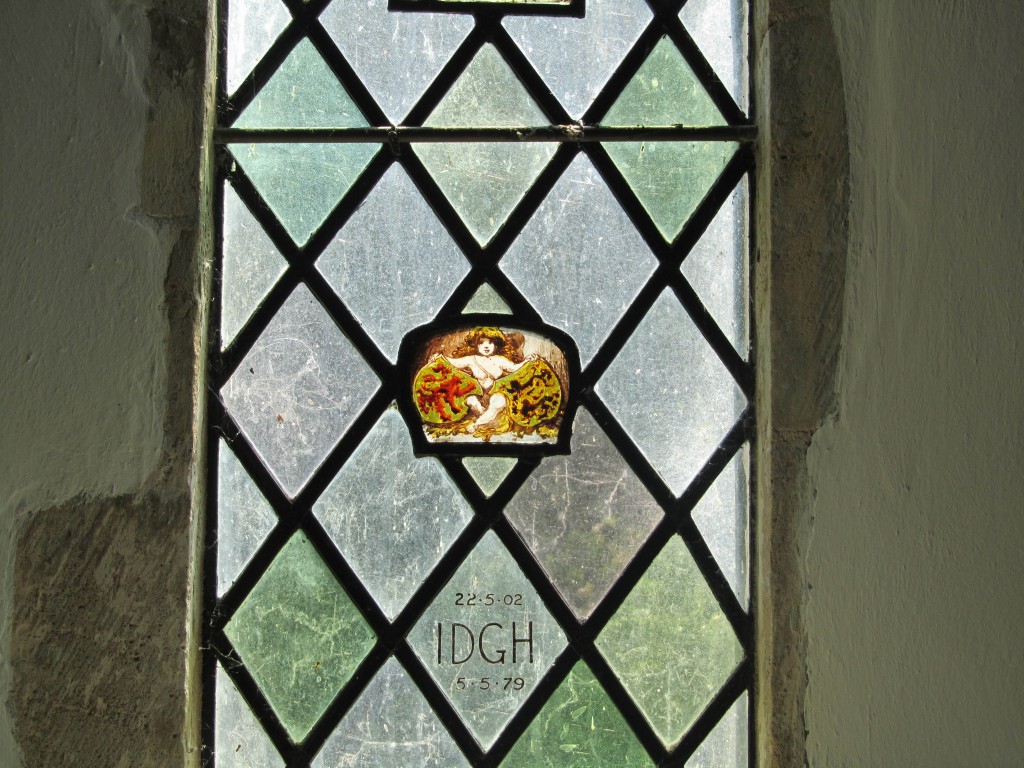 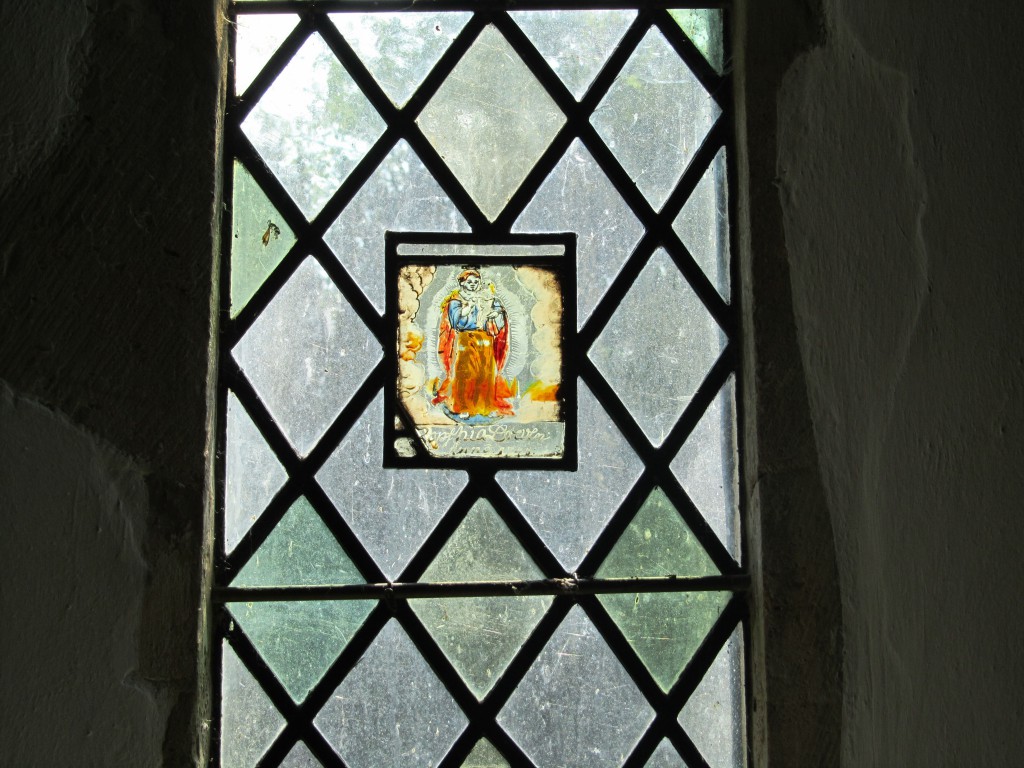 At Eaton Hastings there is a little church for St Michael & All Angels. It has stained glass windows by Edward Burne-Jones, Ford Madox Brown and William Morris. But I don’t think any of them were responsible for these exquisite little paintings. 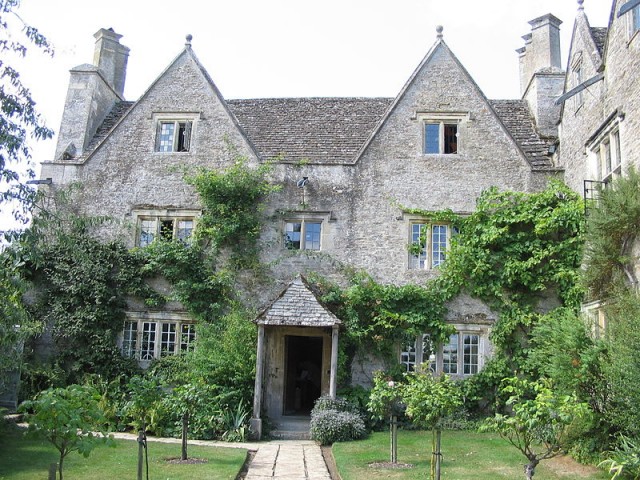 Across the river at Kelmscot is Kelmscott Manor, (sometimes it’s one t and sometimes its two) an Elizabethan house made famous by William Morris, who lived here intermittently from 1871 until his death in 1896. Before exploring we first called in at The Plough Inn for welcome refreshment (they’re not sure if it’s t for one or t for two). 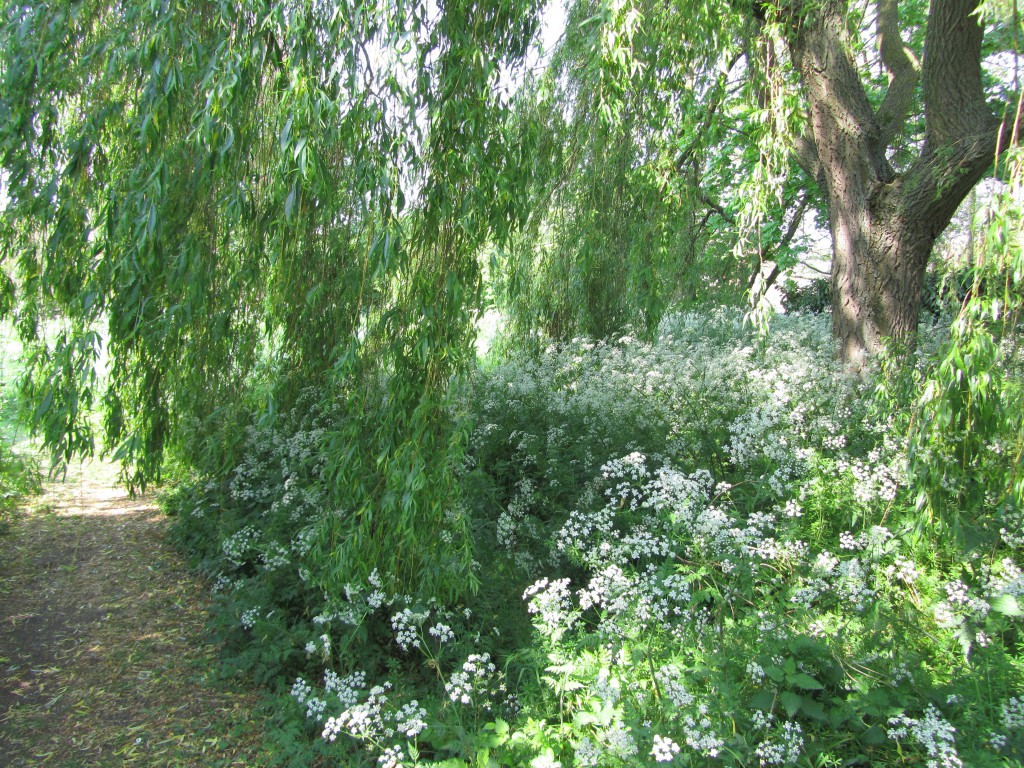 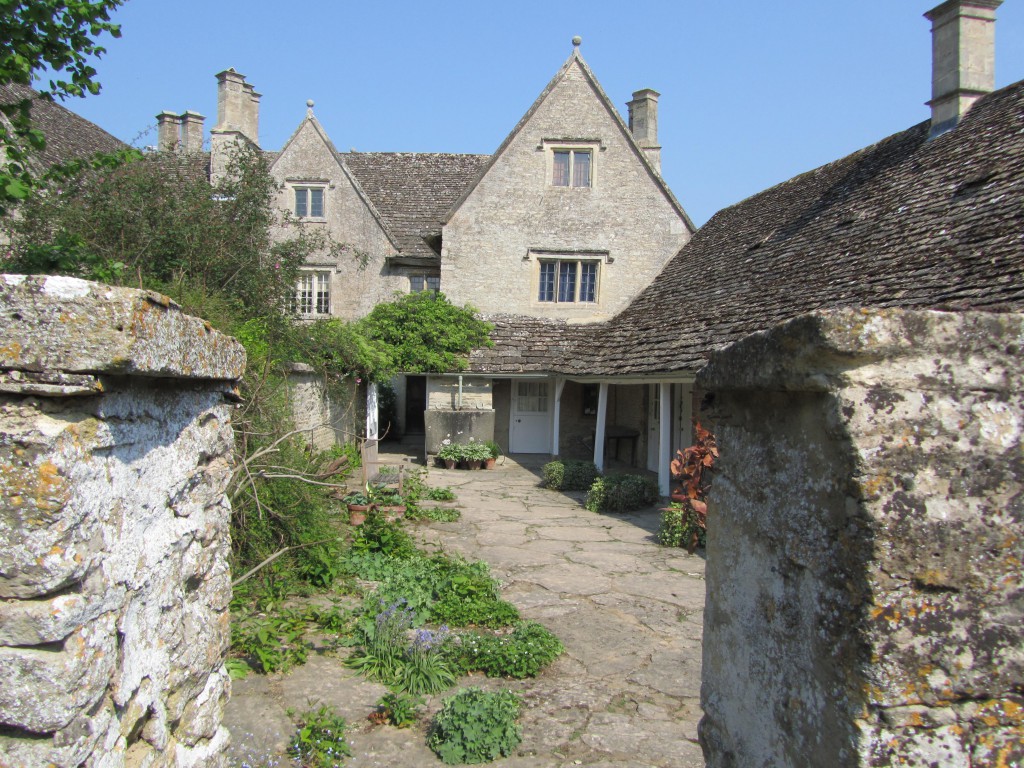 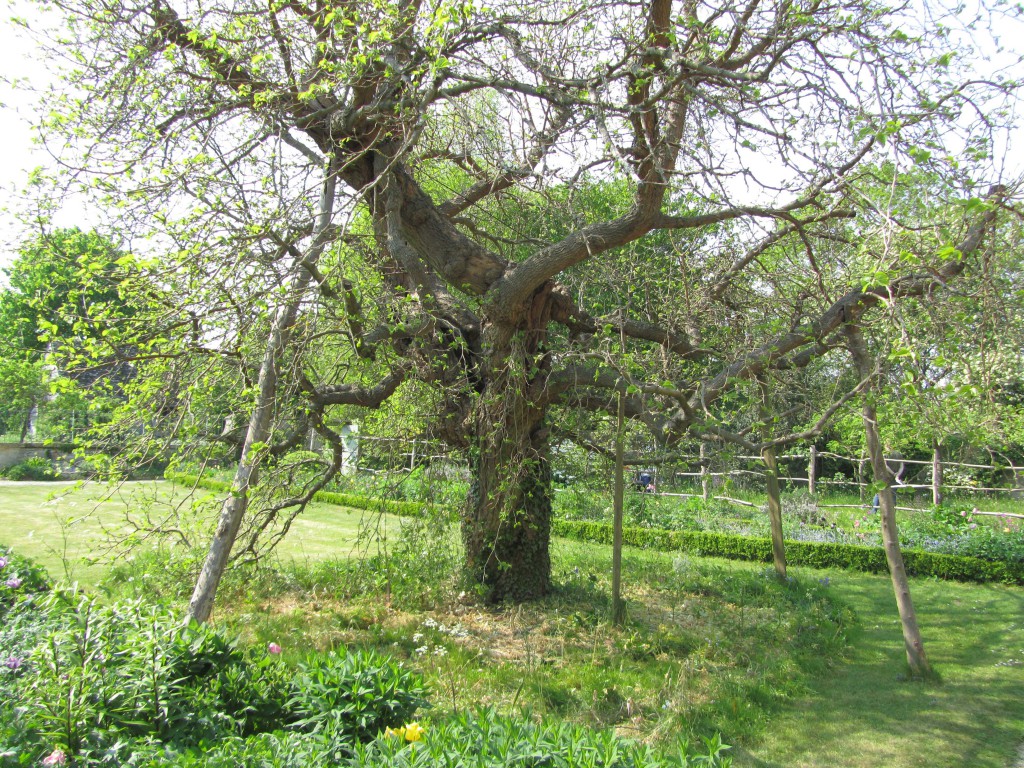 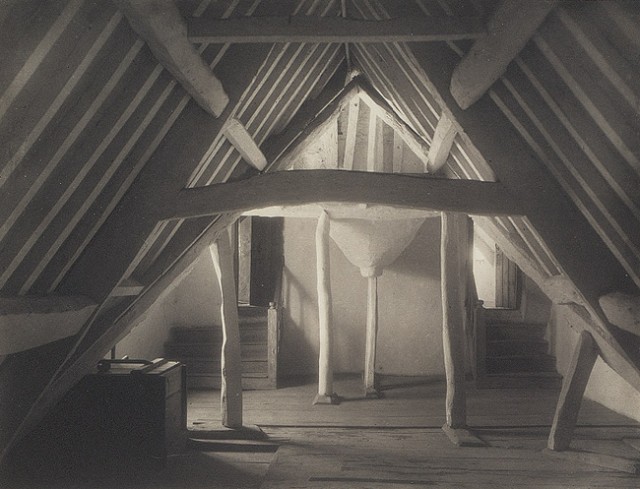 Photography was not permitted indoors at Kelmscott Manor, which is a shame since there’s a lot to see. This platinum print photograph of 1896 by F H Evans shows the attic not much changed in over a hundred years. The wooden props for the roof beams are still there, and are now echoed outdoors by the timber supports holding up a very old Mulberry tree. 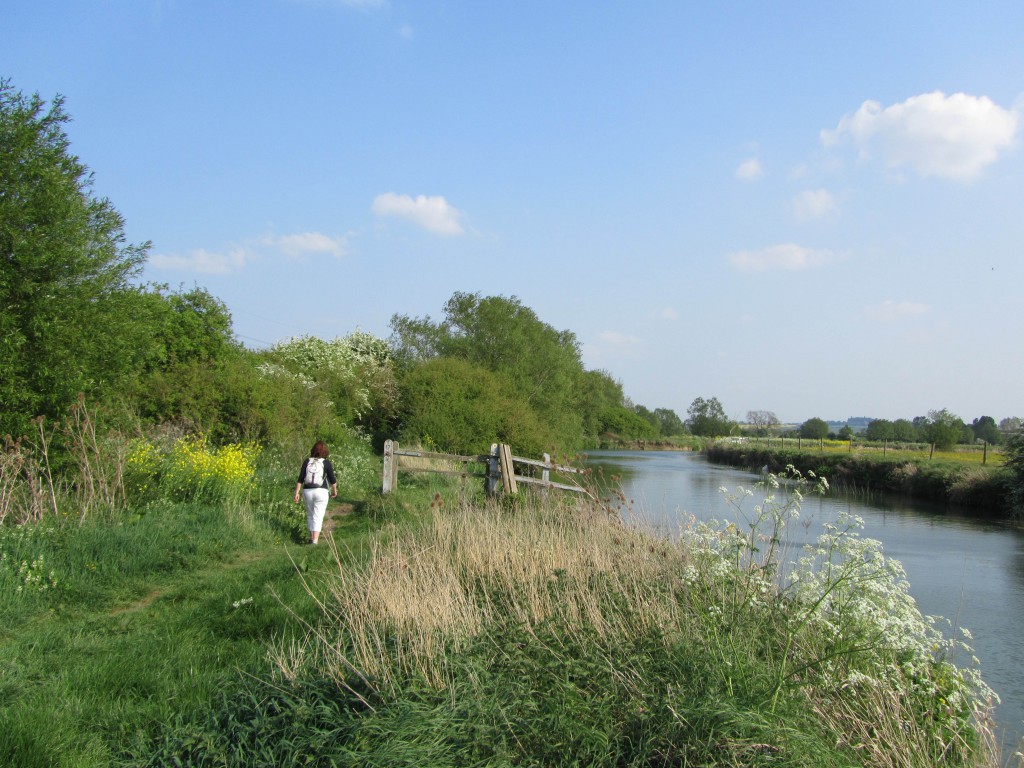 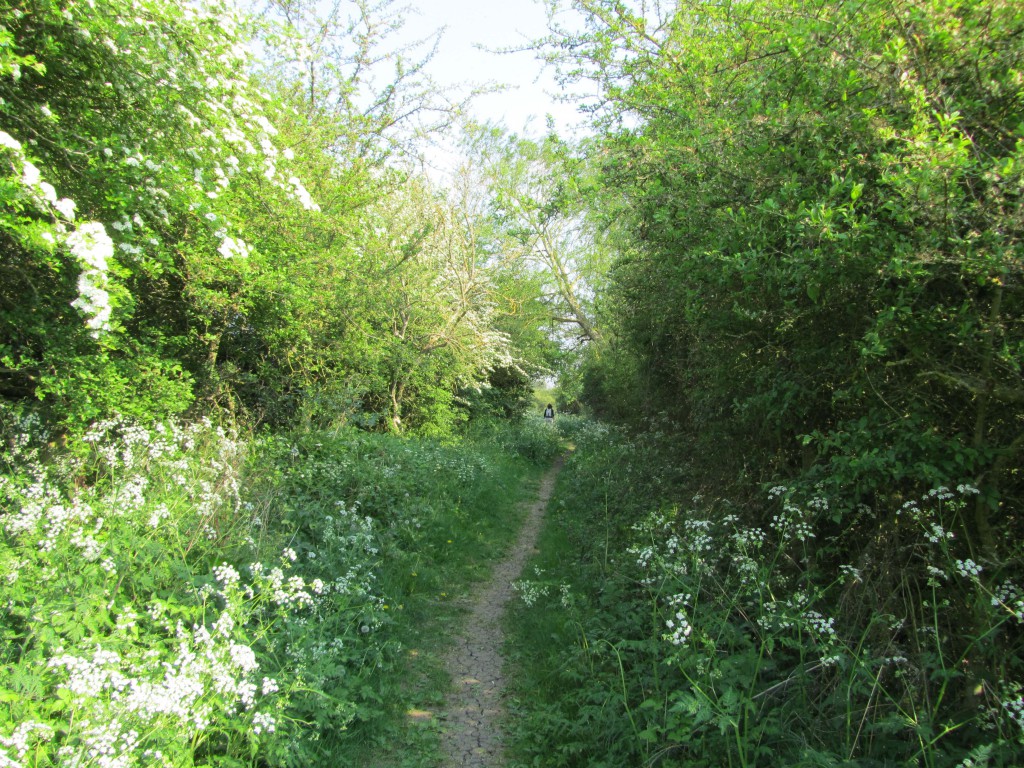 The route back from Kelmscot to Radcot was direct and unadventurous though lovely nonetheless, along the Thames path on the north bank of the river through bucolic countryside to the Swan Hotel. There were very few boats, as if they’d all gone down river for the Thames Diamond Jubilee Pageant. 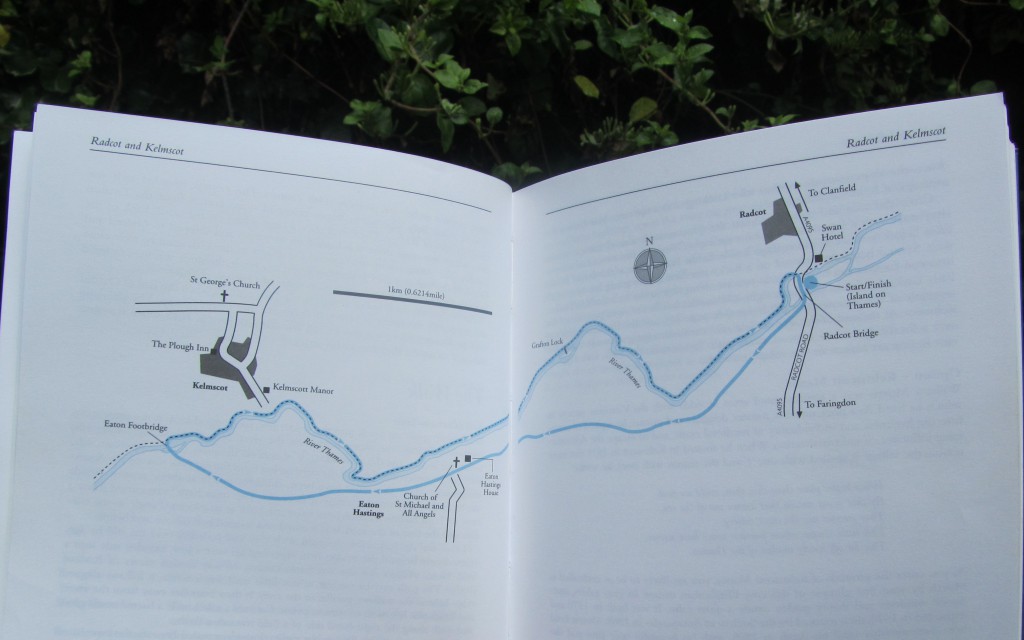