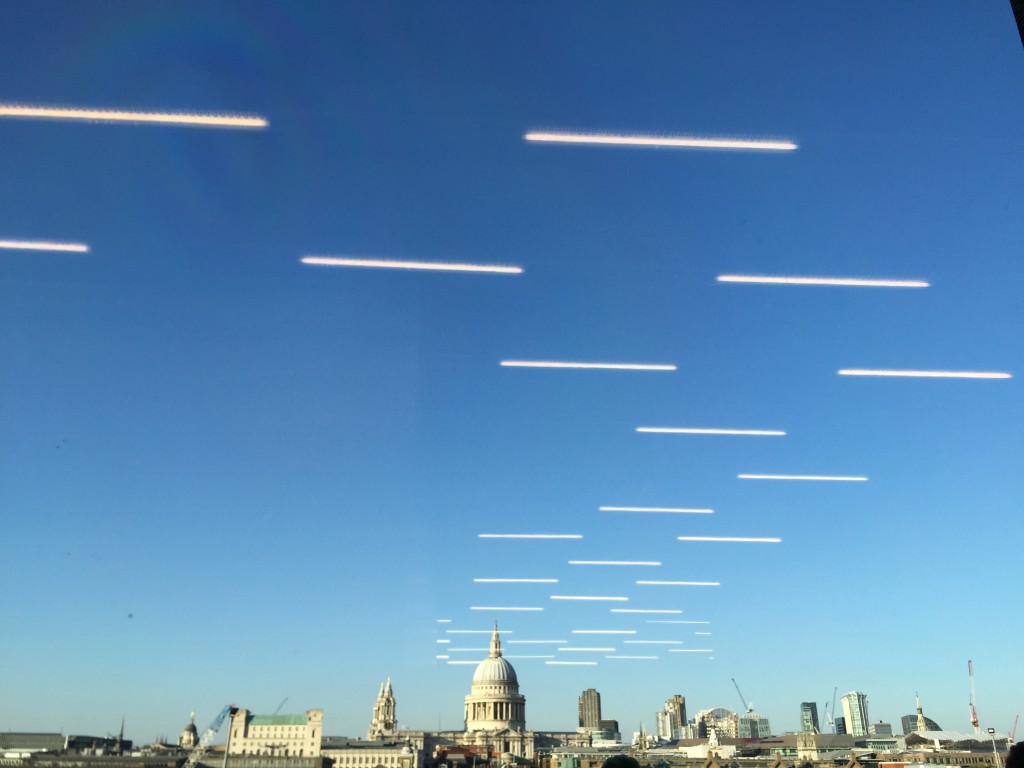 As we learned from the books of our childhood, alien fleets of spacecraft always invade London by flying up the Thames. The aliens know from their knowledge of British popular culture that the public links the threat of enemy action with the image of St Paul’s standing firm and reassuring against the invaders. And strange spaceships were always depicted as smoothly shaped craft, devoid of the oddities and quirks of our own aircraft or rockets. Concorde was the only one we ever built which could be said to have an alien sheen. 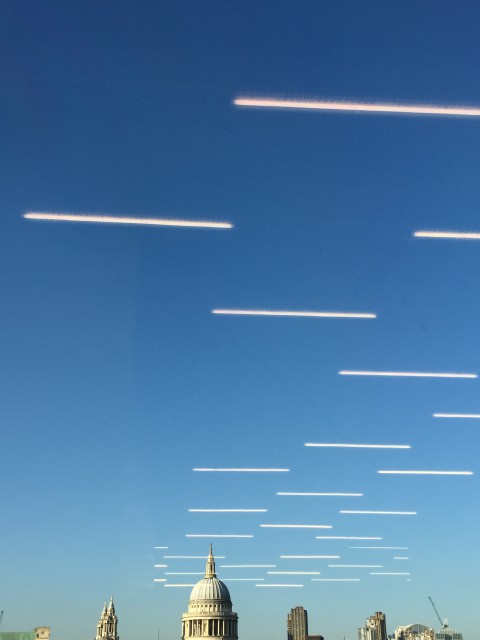 This series of photographs turns all this into reality. They show the Serota Invasion Fleet making its way inexorably through the sky above the Thames towards Whitehall, Westminster, and the seat of Government, so their occupants can be taken to our leader. Doubtless with the intention of forcing our elected representatives to step down voluntarily rather than face the bloodshed which would surely follow the assault from death-rays and armies of robots.

For Londoners this series of photographs will strike terror into their hearts. 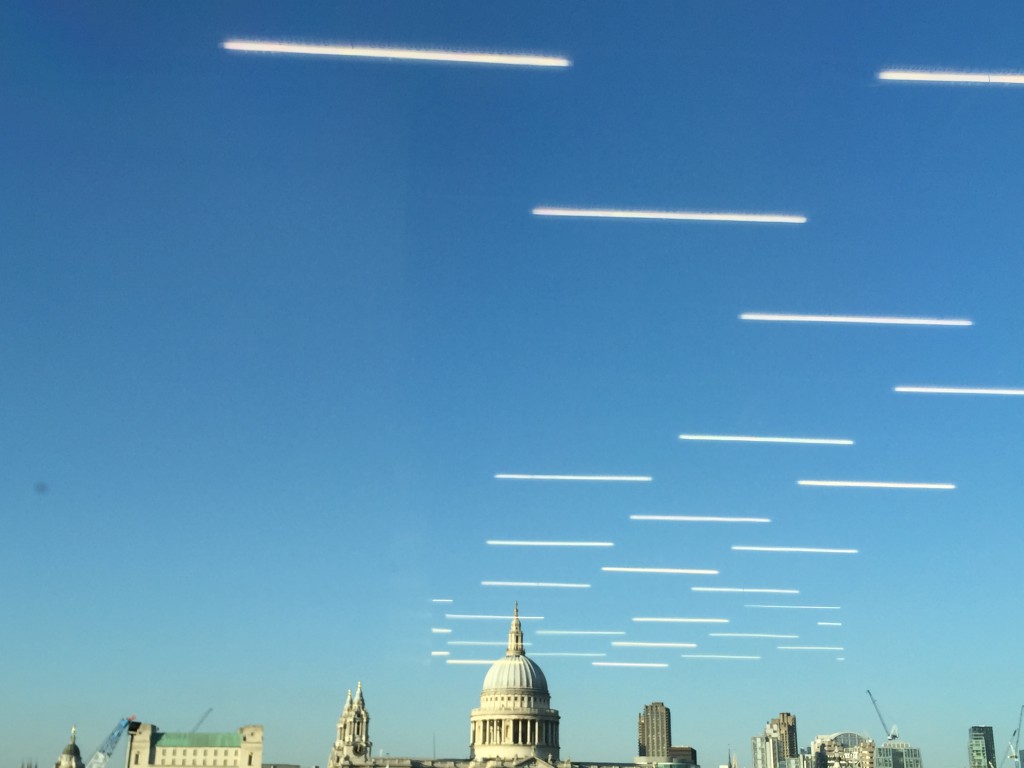 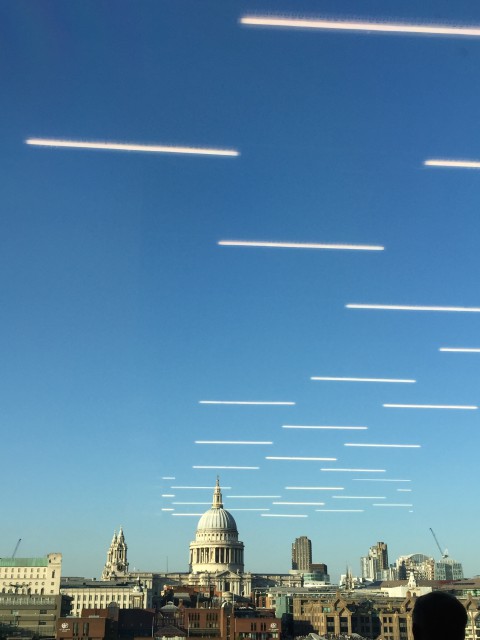 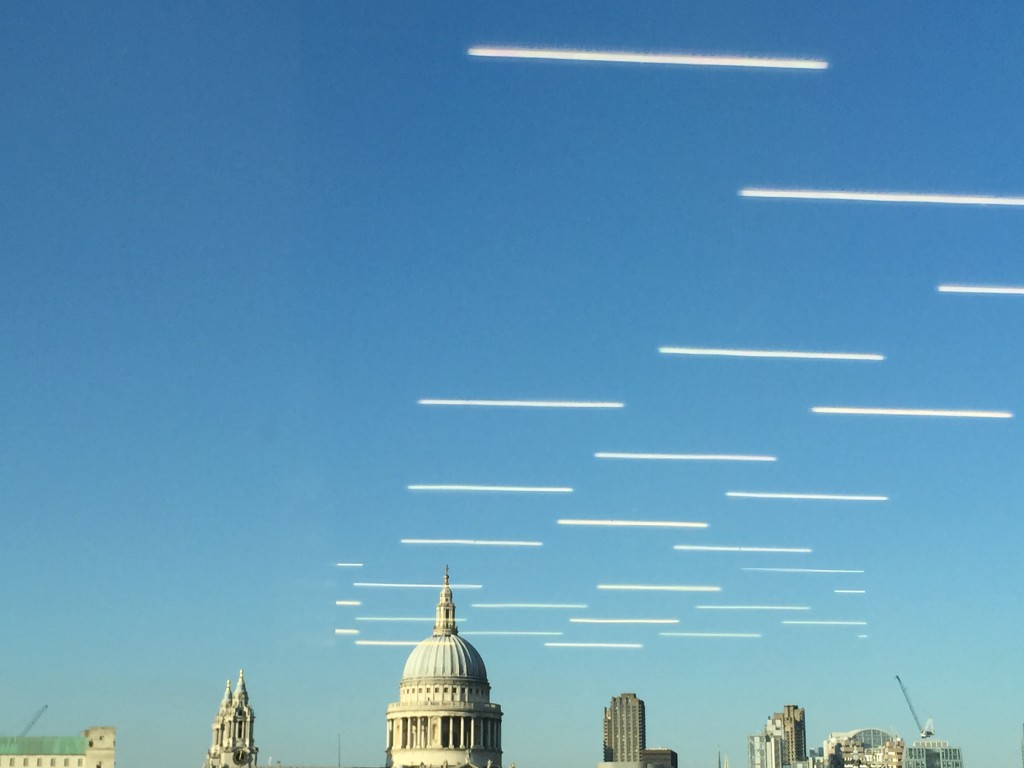 Or it could simply be the reflection of fluorescent lights in the windows of Tate Modern after a visit to the Agnes Martin exhibition.

One thought on “Alien Spacecraft Strike Terror Into The Hearts Of Art-Loving Londoners!”